Komets too much for Tigers 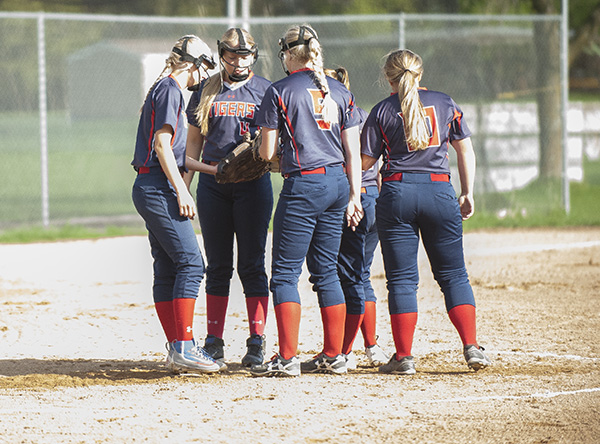 Chante Thome was on her game.

The Kasson-Mantorville senior had everything working in the circle as the KoMets played Albert Lea Monday evening.

The KoMets scored three runs in the first inning off Tigers’ pitcher Hannah Schilling to take a 3-0 lead.

That would be all the help Thome would need. She kept the Tigers off-balance all night on the way to striking out 14 batters in an 8-0 win.

The KoMets used three runs in the first, then added four runs in the top of the fifth inning to put the game out of reach.

Alana Skarstad, Bethany Tennis and Kathryn Flaherty were the only Tigers to reach base during the game, as Thome pitched a complete game shutout.

In the four-run fifth inning, the KoMets started with back-to-back singles, then scored their first run on a wild pitch. Then, Thome helped her own cause with her second RBI single of the game, followed quickly by an RBI double from Meredith Wright.

In the circle, Thome struck out the side twice and allowed two harmless singles in her seven innings of work.