Man charged for pulling gun on a family member

An Albert Lea man is facing prison time after allegedly pulling a loaded gun on a man Thursday night in Albert Lea. 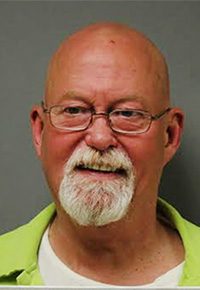 Todd Allen Seeley, 61, has been charged in Freeborn County District Court with second-degree assault, terroristic threats and misdemeanor domestic assault. His first appearance in court on the charges was Friday.

According to court documents, Albert Lea police officers were dispatched to a residence shortly after 10 p.m. Thursday on a report of a domestic situation involving a weapon.

The alleged victim — an adult family member — reported Seeley was drunk and pulled a loaded shotgun on him. He reportedly said he had been able to get the gun away from Seeley, place it outside and remove a shotgun shell. A second shell was also reportedly in the weapon.

He claimed Seeley had cursed at him and another adult family member.

According to court documents, officers located Seeley inside the residence and suspected he was intoxicated because of the strong smell of alcohol, as well as his balance and slurred speech.

Another family member who was at the residence claimed Seeley had threatened her, and described him as being “out of control.”

After being read his Miranda rights, Seeley reportedly said he had been awakened by officers, noting he had whiskey and beer.

Court records state he seemed “oblivious” to what had happened, and denied having pointed his gun or threatening anyone.

Seeley was released on his own recognizance, contingent on him fulfilling court requirements. His next court appearance is scheduled for May 19.