A Detroit Lakes man is facing prison time after being charged with third-degree possession of a controlled substance.

Court documents state Freeborn County Sheriff’s Office deputies were on a routine patrol of Harmony Park, approached a group of four people and asked what they were doing. 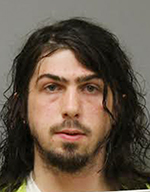 While the deputies spoke with the group, Disney reportedly took a step back and took off running.

Court documents state after deputies gave chase to Disney, they found him walking back to the place where they had first encountered him.

Court documents state that after Disney was brought down to the ground by deputies, he retrieved an item and threw it in front of him.

Deputies reportedly located a vial containing a white powdery substance and $650 in cash from the ground in front of Disney.

Disney’s next court appearance is June 9.

Third-degree possession of a controlled substance carries a maximum sentence of 20 years in prison and a $250,000 fine.