Memorial services will be at 11 a.m. Saturday at St. Peter Lutheran Church in Toeterville, Iowa. The Rev. Lance Kittleson will officiate. There will be a gathering of family and friends from 5 to 7 p.m. Friday at Champion-Bucheit Funeral Home in Osage. 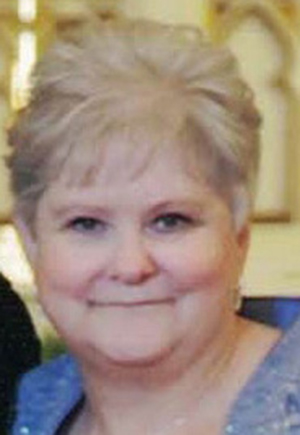 In lieu of flowers, memorials may be directed to the family of Marcia Carlson.

Marcia was born Nov. 3, 1952, in Albert Lea, the daughter of Lorna (Pitan) and Vernal Bartz Sr. She graduated from Albert Lea High School in 1971. On April 22, 1972, Marcia married Brian Carlson at Our Savior’s Lutheran Church in Albert Lea. They lived in Albert Lea for a short time and then made their home in Stacyville. Marcia was a homemaker and also was a librarian at Stacyville Public Library. She was a member of St. Peter Lutheran Church in Toeterville. Marcia was an avid reader. She enjoyed going up north to the lake, shopping, trips to the casino, collecting various items and especially enjoyed spending time with her grandchildren.

She was preceded in death by her parents; her step-mother, Viola Bartz; stepsisters Joyce Metcalfe and Fern Cameron; and stepbrother, Virgil Mielke.

Condolences are accepted at www.champion-bucheitfuneralhome.com.