Margaret Ann Guildner passed away Friday, May 13, 2016, at St. John’s Lutheran Community in Albert Lea at the age of 69. 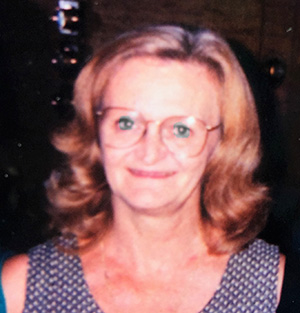 Margi was born March 12, 1947, to Arndt (Bill) and Lucille (Hanson) Vig in Albert Lea. She was raised in their home on Garfield Avenue in Albert Lea and baptized and confirmed at Trinity Lutheran Church in Albert Lea. Margi graduated from Albert Lea High School in 1965 and went on to nursing school. Margi had lived in the Twin Cities, Owatonna, Mason City and a number of years in Fort Dodge, Iowa, before returning to Albert Lea in 1985.

After her return, Margi went back to school to get her registered nurse degree from Austin Community College. She worked as a registered nurse for many years at Good Samaritan Society of Albert Lea. She later worked in the medical records department at Mayo Clinic Health System in Austin.

Margi had a great love of reading and movies. She loved tending and growing her many house plants as well as her own herbs and vegetables while gardening. Baking dozens of Christmas cookies was a tradition that Margi loved. Margi especially loved spending time with her grandchildren and family.

Margaret was preceded in death by her parents Bill and Lucille Vig; and her sister, Judy Schacht.

The family wishes to thank the staff of the Albert Lea Mayo Clinic Home Health and Hospice for the care and support given to Margi over the last year. Margi really enjoyed visits from staff and the ability to stay home as long as possible.