NORTHWOOD — A Northwood man was arrested Thursday for allegedly sexually abusing a child. 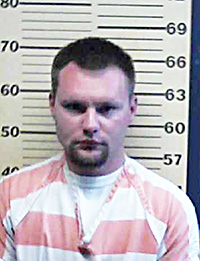 According to a news release, the Worth County Sheriff’s Office began investigating on April 25.

The case is still under investigation.

If convicted, Kuhlmann faces up to 25 years in prison for each charge.