Proud to serve their country 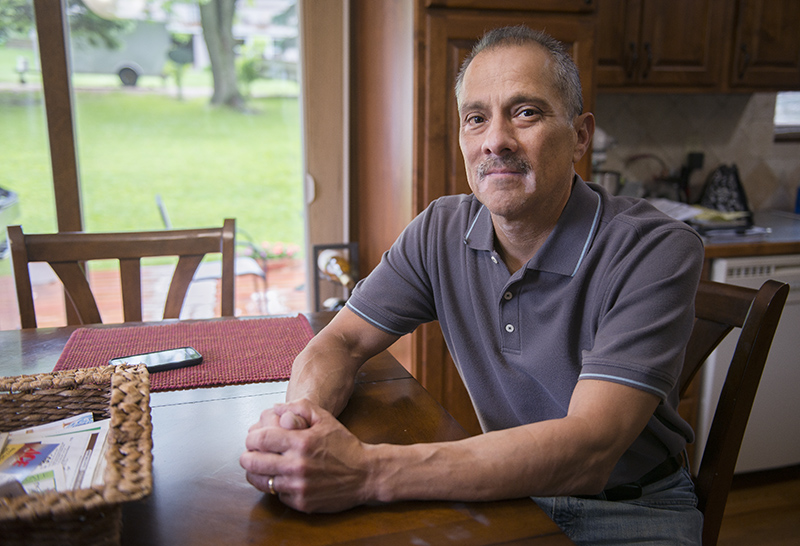 Military service runs in the family for the Abregos.

John Abrego, 57, enlisted in the Army National Guard when he was a junior in high school. His military career would span 22 years.

“It taught me a lot about discipline,” he said. “It made me appreciate what we have here in the U.S., compared to other countries. … You can’t take freedom for granted. It can change easily.”

Originally from Albert Lea, John Abrego started his basic training in 1978 at Fort Benning in Georgia before his senior year of high school. From there he returned to Minnesota to finish school. After graduating he did some training at Fort Leonard Wood in Missouri and Fort Ripley in Brainerd, before returning to serve in the area out of the armory in Albert Lea. He went to different schools as he was promoted, and at one point trained younger recruits. One of his favorite memories from his service time was when he went to Norway for winter operations training. 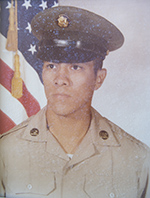 John Abrego started out in the Army National Guard as a private first class, and was a staff sergeant by the end of his service time. Colleen Harrison/Albert Lea Tribune

Three years after John Abrego finished his service as a staff sergeant in 2000, his oldest son, Jason Abrego, followed in his footsteps.

Jason Abrego grew up watching his father serve his country. He saw John Abrego wear his uniform each day, and sometimes would accompany his father to Fort Ripley to watch training. 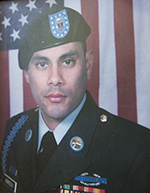 “Basically, I kind of grew up in the military,” Jason Abrego said. “I loved it. I wanted to do it when I was older.”

In addition to his father, both of Jason Abrego’s grandfathers served in the military, as did some of his uncles and cousins. His younger brother, Jacob Abrego, also wanted to be able to join the military, but due to medical reasons could not.

When he first thought of enlisting, Jason Abrego said his father initially pushed him to focus on college before joining the military. After the Sept. 11, 2001, terrorist attacks, the younger Abrego said there was no stopping him. His father came up to where he was staying in his senior year in college to talk over the decision with his son. John Abrego said he had wanted to gauge his son’s seriousness and wanted to make sure he knew what he was committing to.

“Things weren’t the same as when I was in,” he said. “Chances were he’d be activated.”

Jason Abrego, now 35, enlisted in 2003 and served until 2011. He started with basic training at Fort Benning in Georgia — as his father did — and within months was told he’d be deploying to Iraq. Jason Abrego decided to propose to his then-girlfriend, Carrie, and the couple decided to marry before he had to go overseas. They were married June 4, 2003, and Jason Abrego would leave for Iraq on June 23 of that same year — a date he easily remembers as it’s also Carrie’s birthday.

Early on in Jason Abrego’s time in Iraq, his duties entailed patrols and the training of the Iraqi army. He likened his responsibilities to that of a patrolling police officer in the U.S. He called his group a jack-of-all-trades, as it was a part of QRF — quick reaction force — and escorted EOD, or explosive ordinance disposal, teams en route to detonate bombs. He said part of their job was to also do positive things within the local community to gain trust and to keep people safe. Something Jason Abrego said he remembers most is being in Iraq to witness and be a part of the country’s first elections. It involved his group working round the clock for a few days straight to ensure the safety and relatively-uninterrupted process of the historic elections.

Jason Abrego now lives in Lakeville and works in medical sales for Center Diagnostic Imaging. He and Carrie have a 9-year-old daughter, Isabelle, and a 5-year-old son, Alec. John Abrego and his wife, Jackie, still live in Albert Lea. While John Abrego considers himself to be semi-retired, the couple owns Expressions Salon & Spa in downtown Albert Lea, and he said he occasionally does some handyman work in the area.

While he lost the hearing in his left ear during his tour of duty, Jason Abrego said he wouldn’t trade his experience or his service.

“It’s one of the best decisions I’ve ever made in my life,” he said. “I’m really proud I served my country. It’s something nobody will ever be able to take away.”