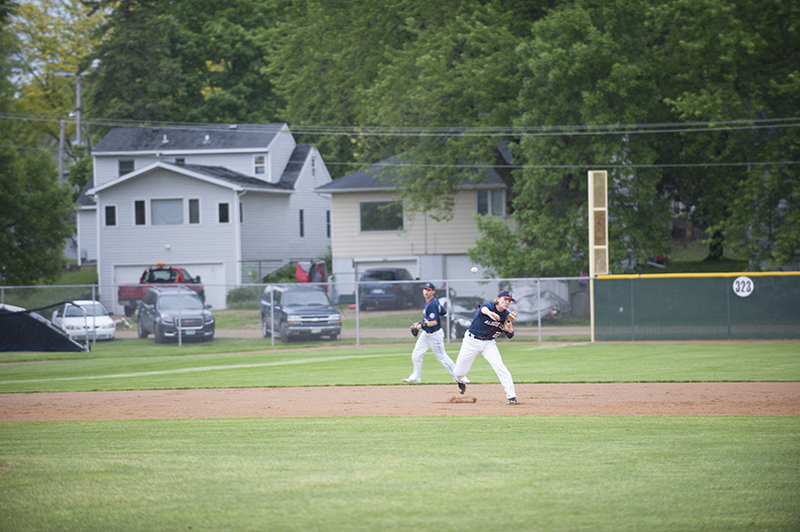 Third baseman Parker Mullenbach fields a ground ball and fires it over to first base in the second inning during Monday’s game against Stewartville at Hayek Field. Mullenbach finished the game 1-3 with an RBI and a run scored. Jarrod Peterson/Albert Lea Tribune

The skies didn’t hold up, but the Albert Lea Tigers did Monday evening in their regular season finale against the Stewartville Tigers.

Albert Lea got a strong pitching performance from senior Jake Kilby and offensive production from its other seniors on senior night to win its final regular season game of the year, 3-1.

“I was very happy with the control of the pitchers in the wet conditions,” said Tigers coach Joe Sczublewski.

The Tigers got five strong innings from Kilby, then Jacob Bordewick came on for his third save in three games.

“I have been very impressed with (Jacob’s) poise and control in late-game spots,” Sczublewski said. “He has been showing good composure on the mound and the ability to close out games.”

The Tigers struck for one run in the second inning. Kilby smashed a ball off the top of the fence in right field, and courtesy runner Bordewick scored on a wild pitch. 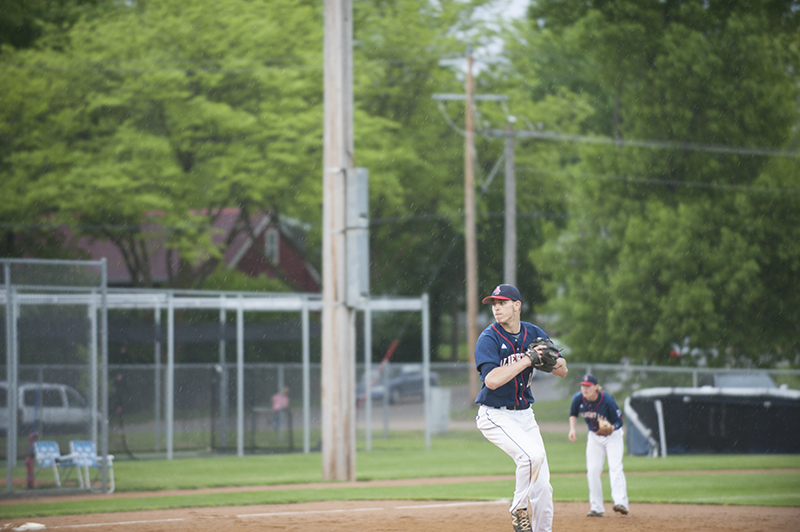 Albert Lea starting pitcher Jake Kilby delivers a pitch in the second inning of Monday’s game against Stewartville. Kilby picked up the win.

In the third inning, the Tigers’ seniors were at it again.

The victory is the ninth in 11 games for the Tigers, and they finished the regular with a record of 12-8 and the hope of hosting a section game on Saturday. The Tigers finished the season by winning five of their last six games.