When are most fawns born? How can you tell how old a turkey is? 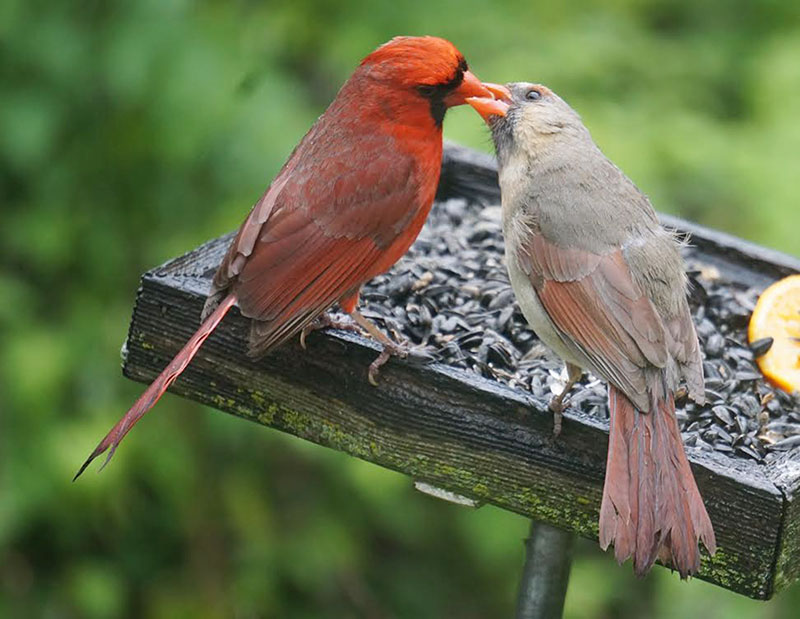 “Everything is nearly copacetic. I’m worn out from second-guessing the weatherman. Whenever I get to thinking that I’m the cat’s meow, I button my shirt wrong. Pop is still driving his 32 Ford.”

“Yeah, it’ll turn 33 next month. It still carries a “Reagan for President” bumper sticker. He bought an SUV to keep his old car company. It’s a two-garage car. Pop puts the cruise control on the SUV at 20 mph. Its turn signal has been on since he bought it. He can still parallel park. He backs up until he hits something and then goes forward until he hits something. He made duck decoys for hunters to earn the money to buy the vehicle. It was a lot of work. He hated the first of the month — that’s when the bills came in. He loves to laugh. He never misses watching a Twins game. I gave Ma flowers for Mother’s Day. It was a two-for-one deal. It made Ma smile and Pop sneeze. The sneezing made Ma laugh. She needed cheering. She’s trying to lose 10 pounds and she still has 17 to go.”

As I prepared to leave home for a few days, a red-headed woodpecker arrived in our yard. My wife considered it a good trade.

A brown thrasher sings in my yard. He repeats himself just as guys my age do. I hope his song never ends.

The nyjer seed feeder bloomed. It did so in goldfinches. The ground under the feeder moved in white-throated sparrows. A robust bird concert was accompanied by the sublime fragrance of crabapple blossoms. The heads of white-crowned sparrows, birds that I called skunkheads when I was a boy, were so bright that they glowed like lights. Male Baltimore orioles battled over airspace as females gathered nesting materials. Gray catbirds enchanted, Harris’s sparrows looked cute and cardinals kissed. Watching birds at feeders makes me feel as if I’m on a vacation.

I wondered how much deer candy we’d planted in our yard. I think deer will eat anything if they are hungry enough. The more expensive the plant, the more the deer enjoy eating them.

After being traded for a woodpecker, I hit the road. I watched a red-tailed hawk flying low over a marsh. A good number of red-winged blackbirds gathered and rallied as allies to drive the hawk from the marsh.

The sights and sounds were incredible. There is no app that comes close to them.

“When are most fawns born?” Most white-tailed fawns are born in late May to mid-June.

“Do Baltimore orioles eat jellies other than grape?” Orioles enjoy grape jelly. They will eat other flavors of jelly, too. I’ve fed other kinds of jelly. The orioles ate them, but seemed to prefer the grape jelly. Perhaps it’s what they are most familiar with when it comes to jelly. Woodpeckers, tanagers, catbirds and others will also eat grape jelly.

The National Parks and Federal Recreational Lands Senior Pass is a real bargain. For $10, United States citizens or permanent residents 62 years of age or older may obtain a lifetime pass to over 2,000 federal recreation sites across the nation, including National Parks, National Wildlife Refuges and many National Forest lands. The pass may be obtained in person at a federal recreation site or through an online application. It would be a wise investment.

It got the promotion because it kept its nose to the prairie.

“Time in nature is not leisure time; it’s an essential investment in our children’s health (and also, by the way, in our own).” — Richard Louv

“I like nonsense. It wakes up the brain cells. Fantasy is a necessary ingredient in living, it’s a way of looking at life through the wrong end of a telescope. Which is what I do, and that enables you to laugh at life’s realities.” — Dr. Seuss