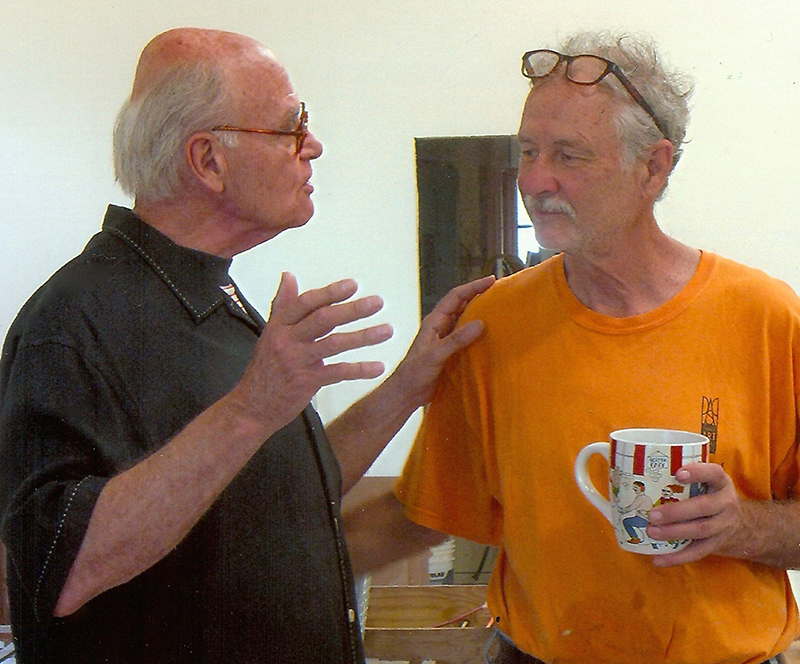 The surviving children and grandchildren of former Albert Lea worker Irving Bergo attended the dedication of a newly installed mural at the Workers Memorial Garden on the State Capitol grounds Monday.

According to a press release, the colorful mural, installed on the south-facing wall of the memorial, depicts workers and working life in Minnesota. David Roe, president emeritus of the Minnesota AFL-CIO, said it is intended to commemorate the lives lost by the people who built Minnesota and America.

“Locating the Workers Memorial on the same grounds as memorials to military veterans was both important and symbolic,” said Roe. “It represents the contributions of ordinary working people and the sacrifices many of them made so that we might have a better life.”

Fleming characterized the Memorial Wall as begotten, not built — a clear distinction between walls that welcome people and those that act as barriers.

“In the past few years we’ve heard a lot of rhetoric about building walls that separate people, and it betrays a lack of vision and imagination,” he said.

“The Workers Wall is a creative act, not only by the artists and artisans who fashioned it, but by the community leaders who envisioned it, and the lives of millions of ordinary and extraordinary Minnesotans who helped shape it.

“Ours is a wall of inclusion rather exclusion, drawing us together to celebrate the diversity of people and occupations who built — and continue to build — our state,” Fleming added.

The mural is the work of Twin Cities artist Craig David, who also created the murals on the exterior wall of Target Field in Minneapolis. David and Peter Kramer, a Twin Cities architect who designed the wall, said the Workers Memorial could not have been completed without Fleming’s efforts and persistence to see the project through.

David described the cut‑stone, mosaic mural as a big puzzle whose shapes and colors will draw people to explore the mural further. “The mural is narrative but it’s not an explicit narrative,” he said.

“I’ve left the figures a bit ambiguous so that people can find themselves in it. My hope is that people will develop a relationship with it and find a story.”

The Workers Memorial Garden is located on the southeast corner of the State Capitol mall, near the intersection of Cedar Street and 12th Street.