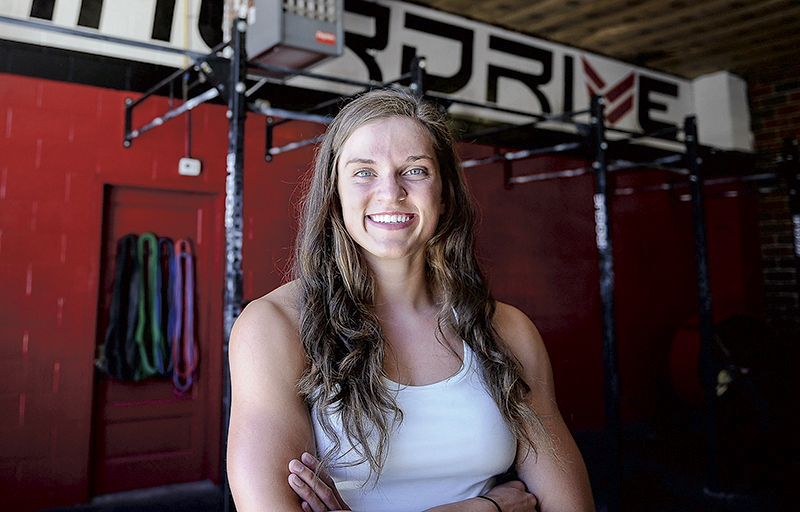 Lindsey Horesji, a standout swimmer for Albert Lea High School and in the state will now be taking her swimming, hopefully to an international stage as she tries out for the Olympics. — Eric Johnson/Albert Lea Tribune

When Albert Lea grad Lindsey Horejsi was looking for a place to train for the summer Olympics, she found herself turning to one of her rivals for help.

Horejsi, who graduated from Albert Lea High School in January, was looking for a place to swim in the mornings as she took aim at the United States Olympic Trials, where she will swim on June 27 and June 30 in Omaha, Nebraska. She had hoped to swim and train at the Albert Lea Family Y in Albert Lea, but she had trouble working without a coach or anyone else to help her track her times.

Eventually Horejsi found the place to train and the help she needed when Austin boys swimming and diving coach Lynn Gulbrandson opened the doors of Bud Higgins Pool and assisted Horejsi in the mornings.

“I knew Lynn from my high school meets and he opened the door for me. It was super nice of him to do that,” Horejsi said. “Even though Austin and Albert Lea are rivals, he welcomed me with open arms, and that was a good feeling.”

Gulbrandson said he didn’t have to do much to help Horejsi improve, but he enjoyed working with her. He recalled a time when he was still coaching the Packer girls swimming and diving team and he had asked her if the Austin girls could watch her swim after the meet. 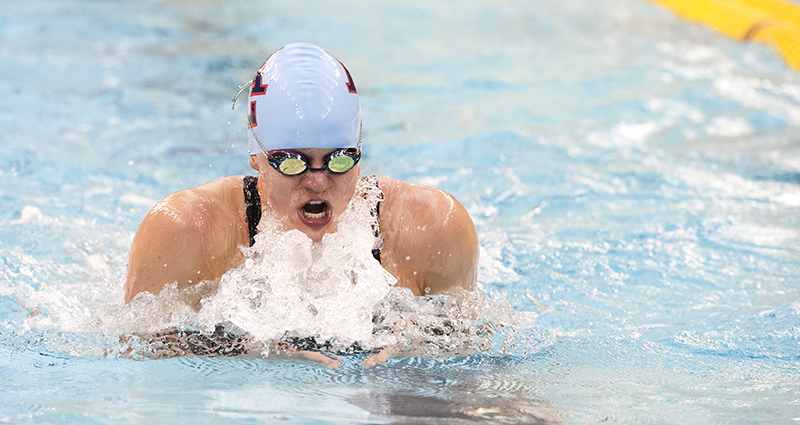 “She ended up working with them 20 or 25 minutes in the pool after the meet,” Gulbrandson said. “I’ve known her for a long time and she’s an amazing kid.”

Horejsi also did some of her training at CrossFit Innerdrive in Austin, and she said that was helpful as Albert Lea does not offer any venues with CrossFit training.

“It was nice to be around people who support a healthy lifestyle and work hard,” she said.

Horejsi is looking to try out for the 100-meter and 200-meter breastroke at the 2016 Olympics in Rio de Janeiro in Brazil. She also competed in the Olympic trials in 2012 to get a feel for what it takes to make it to the next level.

“It’s a huge weight off my shoulders,” said Horejsi, who will swim for the University of Minnesota. “I know how the meet is run, and I know how competitive the atmosphere is.”

Horejsi has had the Olympics on her mind since fourth grade when her teacher asked her where she would be in 10 years. At the time, Horejsi answered that she wanted to be in the Olympics, but that dream didn’t start to seem possible until she was a little older.

“It was just a dream and then when I made it to state in seventh grade, I started to take it more seriously,” Horejsi said.

Horejsi is the Minnesota all-class state record holder in the 200-yard individual medley and 100-yard breaststroke, and she has won several state titles.