Cancer auction founders ‘do it all for the cause’ 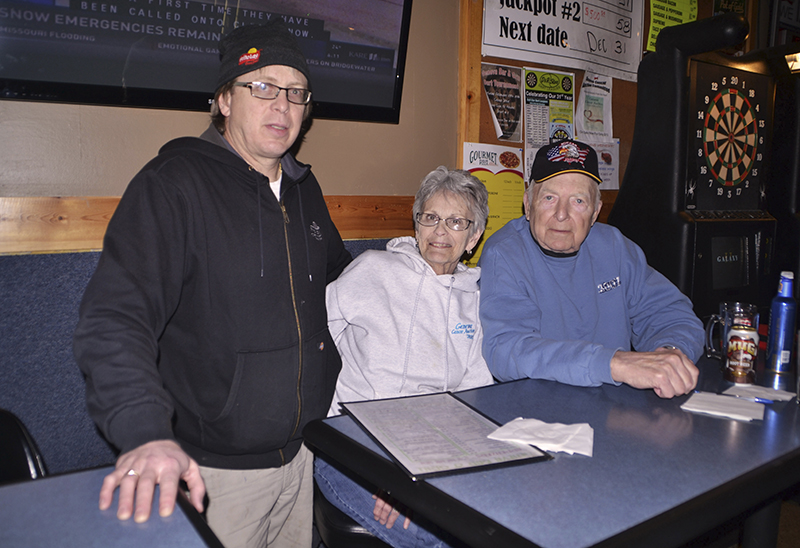 From left, James, Lajune and Dwayne “Whitey” Hagen at Geneva Bar and Grill. James, one of Whitey and Lajune’s sons, now serves as CEO of the Geneva Cancer Auction. - Dustin Petersen/for the Albert Lea Tribune

Lajune and Dwayne “Whitey” Hagen recently moved to an apartment in Albert Lea, but the couple is perhaps best known in Geneva for their heavy involvement in the annual Geneva Cancer Auction, typically the second and third weekends in January.

Three generations of their family are now involved with the auction, with their son James serving as its CEO. Sons Greg and Keith also help, along with all of their spouses. Even a few of their grandchildren are involved.

“Our kids are starting to take over for us,” Lajune  Hagen said. “We’re getting older and have to step down a bit. We’re proud that they’re taking over for us.”

Funds raised at the auction are donated to raise money for cancer research — a passion for the Hagens. Whitey Hagen’s brother died of cancer in 1983 at age 47. Thanks to advances made in cancer research — partly due to fundraising — today there are greater means of treating cancer patients and helping them to survive longer.

“We all do it for the cause,” Lajune Hagen said. 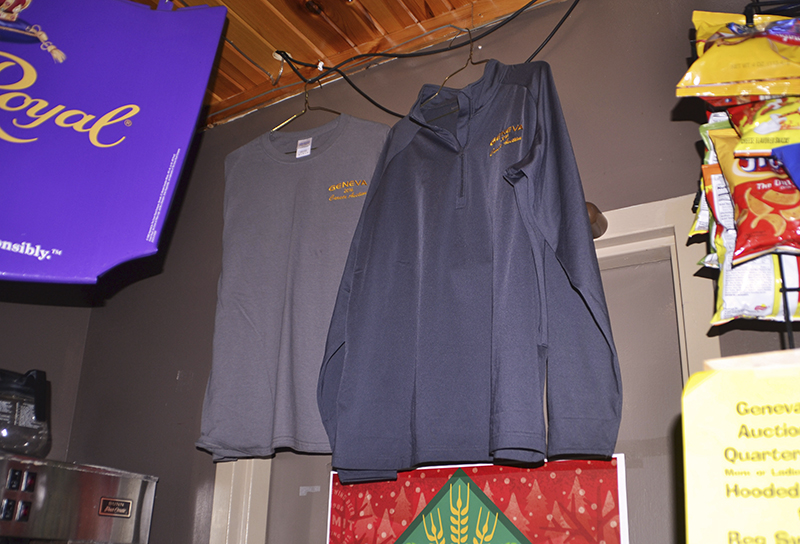 Although the Geneva Cancer Auction officially began in 1985, Whitey said its roots go back at least 10 years earlier. Around 1975, Whitey Hagen and some coworkers stopped at Harold’s Bar after their shift at Wilson & Co., when someone came in with a live chicken — which Whitey auctioned off at the bar. The chicken was repeatedly re-donated and re-auctioned until someone suggested taking the chicken to Eddie’s Bar and auctioning it off there. The group donated the auction money to the cancer telethon, which led to Eddie’s Bar owner Pat Fitzgerald allowing them to hold an actual auction at the bar. That first auction raised $276. In both of the past two years, the Geneva Cancer Auction has raised over $100,000.

Lajune Hagen emphasized that they don’t necessarily make it a goal for the auction to beat the previous year’s take.

Along with their friends Hank and Judy Thompson — who at the time owned what is now Geneva Bar & Grill — Whitey and Lajune Hagen began holding the Geneva Cancer Auction there in 1985. Since then, the bar has had four different owners. Lajune Hagen said the bar has been great over the years through all the owners. The couple is also grateful for everyone else who helps to make the auction possible.

“It’s all volunteers,” Whitey Hagen said. “We get a lot of credit for doing this, but the people in this area have really gotten behind it and continue to support it.”

Cancer isn’t the only area of importance for Whitey. He served with the U.S. Army during the Korean War, and currently serves as commander of the Ellendale VFW. He said if he had more time, he’d spend it working with veterans.

“Every veteran who wants to should have a military funeral,” he said.

Besides volunteering, the Hagens also make use of their downtime. Their other activities have included fishing, bowling and playing cards. After this year’s auction, their plans included visiting their daughter in Georgia  to relax before getting ready for a mini-auction in April.

Why do the Hagens live here?

Whitey and Lajune Hagen were both born and raised in the area. Although they recently moved to Albert Lea, they are still heavily involved in the Geneva community, particularly with the annual Geneva Cancer Auction. They stay in this area because, in addition to enjoying having family and friends here, Lajune Hagen said, “We like small towns.”

24 – Autographed baseballs Whitey Ford (of the New York Yankees) gave to Whitey Hagen’s coworker’s mother — one of which she donated to one of the earliest auctions, selling for $1,000

59 – Years Whitey and Lajune Hagen have been married