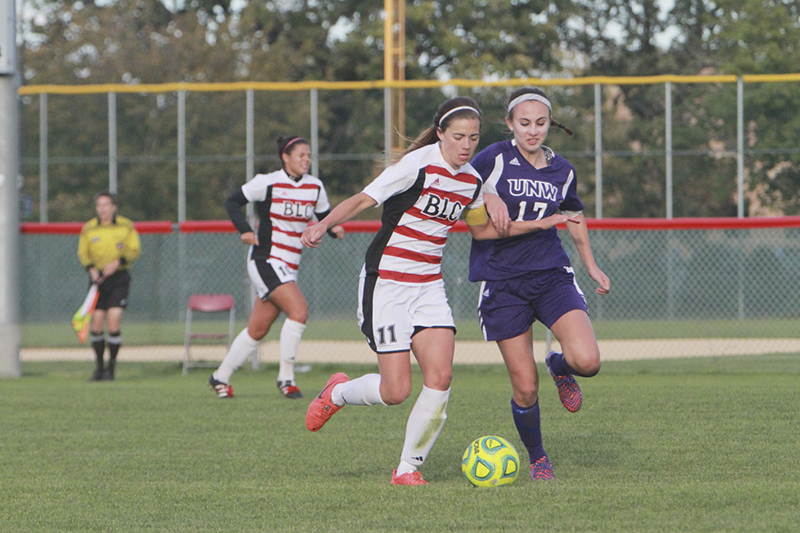 Rarely does a comeback season turn into a career year.

But such was the case for Bethany Lutheran College women’s soccer player Taylor Friehl. 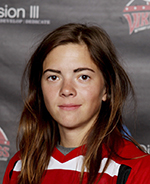 The fifth-year senior and three-year captain was recognized as the team’s offensive most valuable player, according to head coach Derick Lyngholm. The forward started all 21 games (9-9-3) and led the squad with 10 goals, tied for eighth in the Upper Midwest Athletic Conference. She added seven assists, third in the conference. Her team-high 27 points ranked seventh in the conference.

Friehl was named to the All-Conference second team.

“She had a tremendous senior year,” Lyngholm said.

Injuries plagued Friehl throughout her college career, starting with a broken foot during her freshman season, when she missed the final six games. Friehl said she tore her right ACL in the fourth game last year and underwent surgery in October 2014. She was cleared in May for soccer activities.

“It was my first full season being injury-free,” she said.

The day after surgery, she said, she started working to build the injured leg’s quad muscle, doing 500 quad flexes a day during rehab.

“It’s still smaller than the other,” she said.

She opened the season wearing a custom brace on the knee. Yet she stopped using it, noting that the knee really wasn’t sore from play.

“It (the brace) made it a little harder to play,” she said. “It was really holding me back.”

Friehl had five goals, including two against Crown College, in the first eight games. The fast start provided optimism about her return.

“In the beginning of the season, it was going a lot better than it had any previous season,” said Friehl, who led the team with four game-winning scores. “Once I was able to start scoring and get back in the rhythm, it just felt really good.”

She entered this year with highs of seven goals and 16 points during the 2013 season, when she led the team in points and was an All-Conference honorable mention selection.

“I wanted to get to 10 goals,” she said. “This last season was the most rewarding.”

Her performance showed her drive to be the player she was before the knee injury, the most serious of her injuries as a Viking.

“She has a lot of passion, a lot of heart,” Lyngholm said.

And the effort showed her evolution as a player, for the coach cited how hard she worked defensively. Friehl focused on doing the little things, such as marking opponents and winning balls. She was a playmaker on both sides of the ball.

“She’s had to be a lot more team-oriented,” he said. “She’s become so much more of a complete player than maybe I would have thought.”

Friehl is one of two seniors departing from the roster of 19. The loss of leadership and production will be felt.

“It’s going to be a real void,” Lyngholm said.