Detective leads efforts to combat sex trafficking in the area 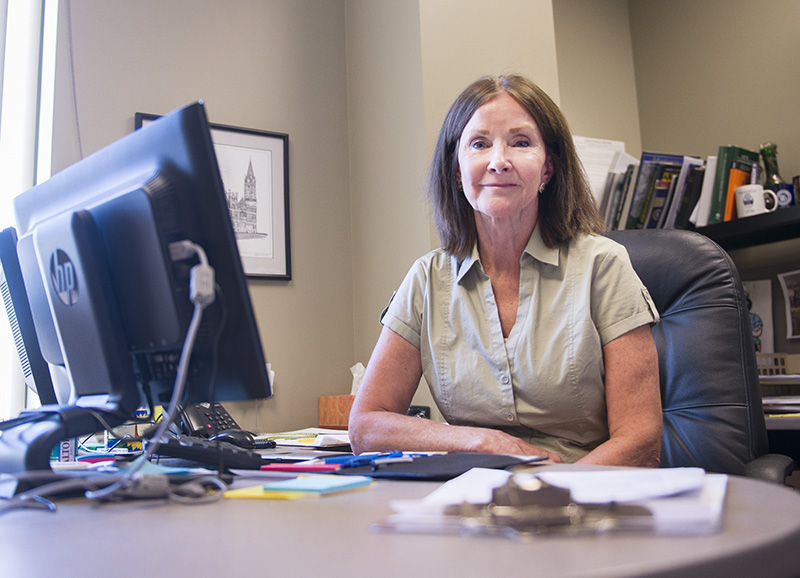 Presentations have also been shown in area schools to prevent young people from being targeted.

She said officers are being trained to notice potential signs of trafficking that might be buried in calls for service, noting she is also trying to alert ethnic communities to possible sex trafficking and human labor trafficking.

She said a navigator has compiled a list of people and organizations who have been working on addressing the issue.

Other sex trafficking stings have been conducted in Albert Lea since 2013, Flatness said, noting one has been done in Owatonna.

She said she was alerted to the problem when she spoke to a 30-year-old sex trafficking victim in spring 2013 who said her mother sold her into the business when she was 15.

Flatness said the girl told her she was tired and did not know how she could leave the industry.

“I realized how much I didn’t know and how dangerous it was,” she said, noting the victim was dragged on the highway outside of a car and was more concerned about getting money for her boyfriend because he needed bail money to avoid going to prison.

Flatness said once she received training she realized that such situations were not the result of a mutual relationship, but of women being exploited, humiliated and abused.

She said she is also concerned about the families of the sex buyers because of the potential for sexually transmitted diseases.

Flatness described prostitution as one of the biggest businesses in the country, noting she thinks the problem has not been dealt with for many years.

She said she thinks strip clubs are storefronts for prostitution and said she would like strip clubs to be closed. She said people arrested in Jane operations have almost always been dancers at strip clubs.

Prostitution can happen anywhere and can involve anyone, including college students looking to pay off debt, Flatness said.

She said though not everyone has experience with sex trafficking, community members should still care about the issue.

“It’s just a standard that we should all have for ourselves of protecting those who need protection,” she said, noting sex trafficking could include someone who poses as an older boyfriend and who seems kind.

She wants efforts to focus on protecting potential victims, noting some sex trafficking victims are considered runaways or “throwaway” children.

She said it is not always easy to tell if someone is being sexually trafficked, noting she has seen girls who thought they were a part of a gang, not a sexual trafficking operation.

Victims often do not have identification and get moved from place to place so that they do not form community connections, Flatness said.

She said they often do not have friends and are not allowed to speak for themselves, and suggested anyone who thinks they see sex trafficking occurring to contact law enforcement or help the victim through other resources, such as the Crime Victims Crisis Center, health systems or social services.

She said the commercial sex industry is being driven by the pornography industry, noting the sex buyer quite often wants to be in control, creating a demeaning environment for the victim.

“It’s just a violent and dangerous, demeaning and humiliating position to be in,” Flatness said.

She said prostitution is present in Albert Lea.

Albert Lea’s location at the junction of two interstates make it susceptible to sex trafficking, she said.

“We’re an ideal spot for this take place,” Flatness said.

The Southeast Region Safe Harbor Conference took place in September in Albert Lea to help professionals gain a better understanding of sex trafficking and how to work with survivors.

Flatness hopes to continue collaborating with 11 other counties in southeast Minnesota to prevent trafficking, noting the department will allocate more money for equipment.

Flatness said the campaign has helped the public identify the issue.

“It’s opening the eyes of the public,” she said.