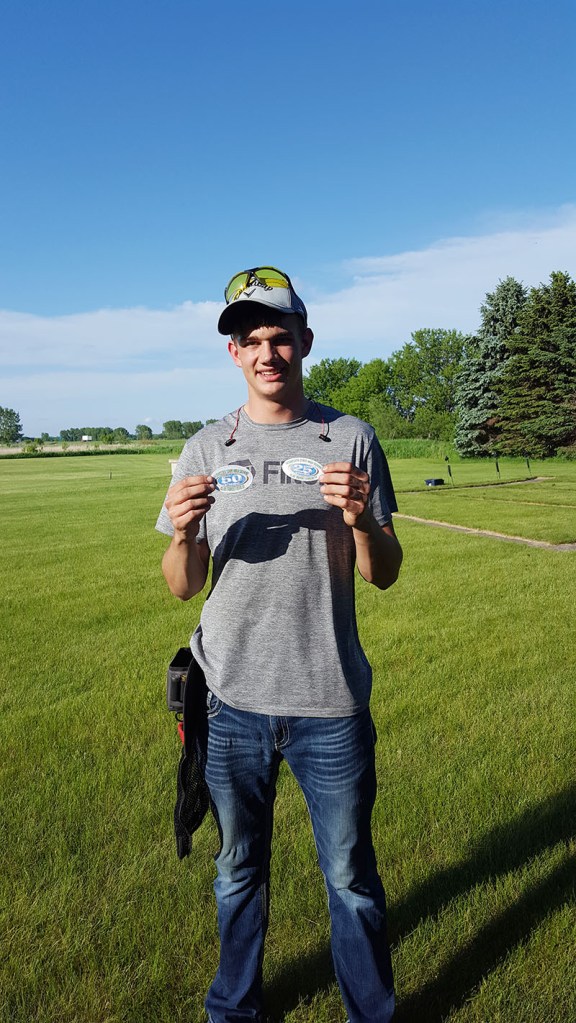 The NRHEG clay target team put on a spectacular performance, and netted itself a Gopher Conference championship on May 28.

A strong showing from top to bottom, and perfect scores from Tyler Raimann and Collin Christenson helped secure the championship for the school.

Raimann and Christenson set the pace, and Sam Zimmerman and Andrey Wisler also posted solid scores, which was something that really pleased coach Dan Sorum.

“It was equally important to see some of our lower average shooters have their best day,” said Sorum. “Both (Sam) and (Andrey) doubled their average, and had a fantastic day. It was great to see.”

In addition to having a great day, Christenson and Kyle Bartz will be headed to the Minnesota State High School League state ndividual tournament June 25 in Prior Lake.

Christenson is a junior at NRHEG and Bartz is a senior at Waseca High School.

Both shooters were part of the inaugural event just two years prior.

Raimann just missed the cut, finishing two-tenths of a point away from qualifying. Zachary Eustice was even closer, one-tenth of a point off the mark.

NRHEG will have a couple of weeks off as it prepares for the state competition that will be held June 25 in Alexandria.