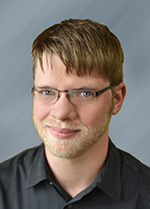 Scharpe will be working as a loan processor in the commercial loan department with Daniel Otten and Cally Skinner.

After graduating from Iowa State University with a degree in animal science, he worked in the production swine industry where he spent time as a manager of a 5,600 head farrowing operation.

Scharpe then spent four years working in agricultural sales, where he was responsible for selling products, educating producers and servicing clients.

Rasmusson joins Farmers State Bank as a recent graduate of Southwest Minnesota State University with a degree in business management. She is a Freeborn County native and has chosen to follow the footsteps of her grandfather, Ron Rasmusson, with a career in the banking industry. She is a customer service representative with the bank. 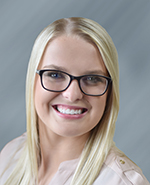 “We are very excited to have these two young professionals join our banking team” commented Daniel Otten, bank CEO, “We are especially pleased that both Peter and Jaden come to us with strong ties to the Freeborn County area and we look forward to watching their careers develop.”

Farmers State Bank of Hartland is a community owned, community focused bank that began in Hartland in 1912. FSB operates three branches, located in Hartland, Freeborn and Albert Lea. According to a press release, since opening the Albert Lea Branch in 2004, FSB has grown in asset size from $45 million to over $120 million, and has become one of the county’s largest community banks. The bank’s growth has been primarily with agriculture and commercial customers, but since 2013 the bank has expanded its residential lending program and now offers a full range of banking products.