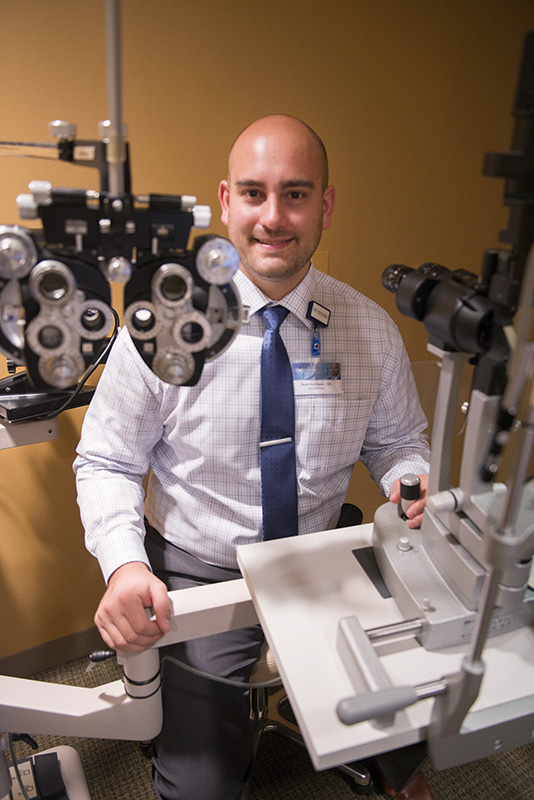 After moving away to attend college, an Alden native has returned to the area to work as an optometrist at Mayo Clinic Health System in Albert Lea.

Scott Martinson graduated from Alden-Conger High School in 2005. After earning his degree at Pacific University College in Forest Grove, Oregon, he began his position at Mayo Clinic Health System in Albert Lea in October 2015.

“It was a great opportunity career-wise for me,” said Martinson about returning to the area. “The added benefit to that is being from here, I still have a lot of family in the area. That was on, a personal level, a big draw for me.”

On a typical workday, Martinson arrives at around 7:30 a.m. and reviews the charts of his patients — currently around 10 to 14 per day. His appointments are a mixture of comprehensive exams — in which he assesses the overall eye health of the patient and whether to prescribe corrective lenses — contact lens exams and yearly exams for diabetes and managing ocular diseases such as glaucoma or macular degeneration. Some patients are walk-ins, with concerns ranging from eye infections to objects in the eye. 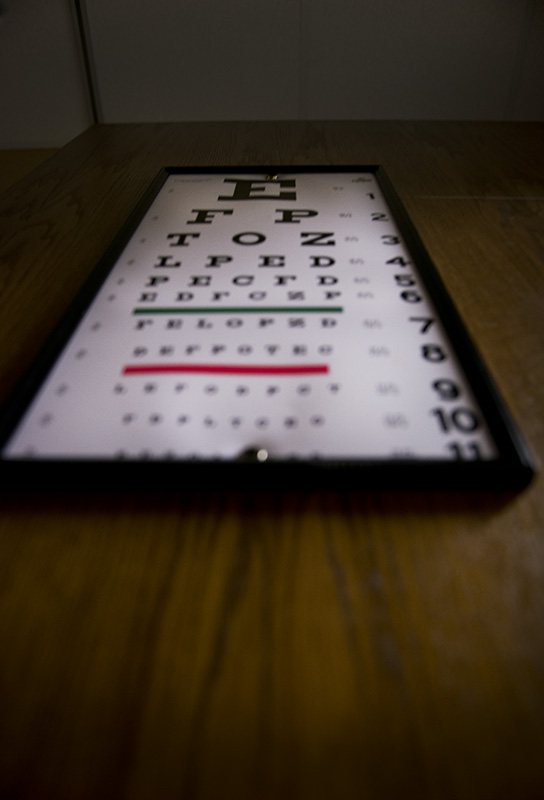 While Martinson may initiate primary treatment for some eye conditions, he considers himself a gatekeeper for overall health in the eye realm, referring patients to an applicable specialist when extensive treatment — such as surgery — is required.

Although he ultimately chose a career path as an optometrist, Martinson originally planned to major in education, hoping for a career as a high school science teacher. He gradually came to the realization that he was more drawn both personally and professionally to something in the health care field. Optometry afforded him the opportunity to stay within a science-related field while helping people out in a direct, one-on-one setting instead of an entire classroom at once.

“I didn’t have one of those ‘Aha!’ moments,” said Martinson, about his transition to optometry. “It wasn’t anything like that for me.”

Because at the time there were only about 20 optometry schools in the United States — none of which were in Minnesota — Martinson had to look at out-of-state options, the nearest of which was in Chicago. Given the distance, he didn’t think he’d make it home from Chicago any more frequently than from anywhere else. He chose Pacific University College because, “PUC was the school I thought would be the best fit for me — an adventure going to a different place in the country I hadn’t really been before.”

Outside of his profession, Martinson has also been involved in the community through both church and other organizations. He recently joined the Lions Club, an organization that has historically been involved in eye care. The club’s activities have included collecting old eyeglasses for distribution on mission trips and supporting the Minnesota Lions Eye Bank in St. Paul.

In his leisure time, Martinson also is a sports enthusiast, both as a spectator and participant. His interests there lie in “pretty much anything,” but mostly football and basketball. He still tries to make time for pickup basketball games.

Of the meaningful moments of his career, Martinson counted when patients with limited potential for visual improvement appreciate him spending time with them to maximize what vision they do have, and they get excited to see improvement.

“When you get people who are appreciative like that, it brings things back into perspective a bit,” he said. “Sometimes you take for granted how much of an impact that can have.”

Why does he live here?

“It was a great opportunity career-wise for me. The added benefit to that is being from here, I still have a lot of family in the area. That was, on a personal level, a big draw for me.”
— Scott Martinson

20/15 Rating of Martinson’s vision, meaning he can see at 20 feet what most people are able to see at 15 feet

27 Hours it takes to drive from Alden to Forest Grove, barring breakdowns