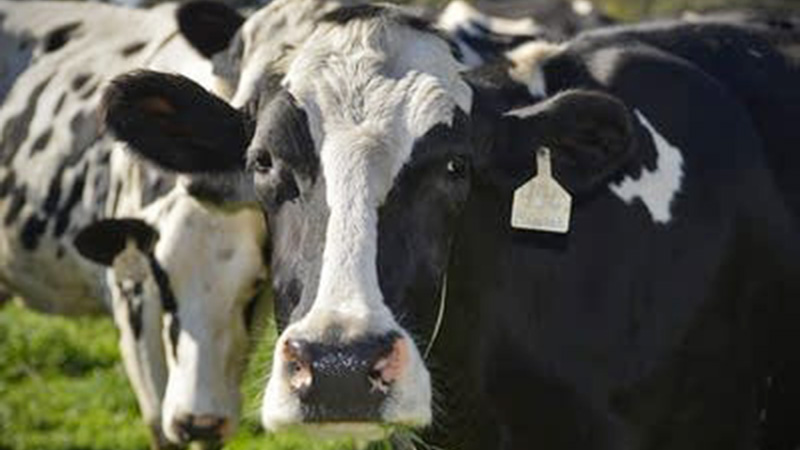 Here’s something to consider the next time you pour milk on your cereal: The carbon footprint of a gallon of milk is roughly the same as a trip between Bloomington and Maple Grove in a 2015 Ford F-150.

Researchers at the University of Minnesota’s West Central Research and Outreach Center are looking for ways to make producing milk less energy intensive, and they’ve been surprised to see how much energy and water it takes to run their dairy in Morris.

“I think it would be very eye-opening to consumers to know how much it takes to get food from a cow to the table,” said researcher Brad Heins.

It’s a complex equation, especially when you factor in the energy used to grow and harvest the crops that feed the animals. And some parts of that equation are nearly impossible to control — like the potent greenhouse gas methane that cows release when they burp.

As researchers see where energy is being used, they are finding ways to increase efficiency. They have already figured out how to capture heat from the milk and use it to heat the water they need to clean the dairy. Meanwhile, they’re experimenting with solar and wind to offset some of the dairy’s electricity use.

Mike Reese, director of the renewable energy research program at the outreach center, said the move toward energy efficiency isn’t just about being green. The markets are starting to demand it.

“Companies like Walmart are asking their suppliers — like General Mills, Pepsi-Co, Coca-Cola, other food processors — to lower the carbon footprint of their products,” Reese said. “And those companies have done that in their manufacturing and production facilities but are finding that if they really want to make an impact, they have to go to their suppliers, which are the farmers.”