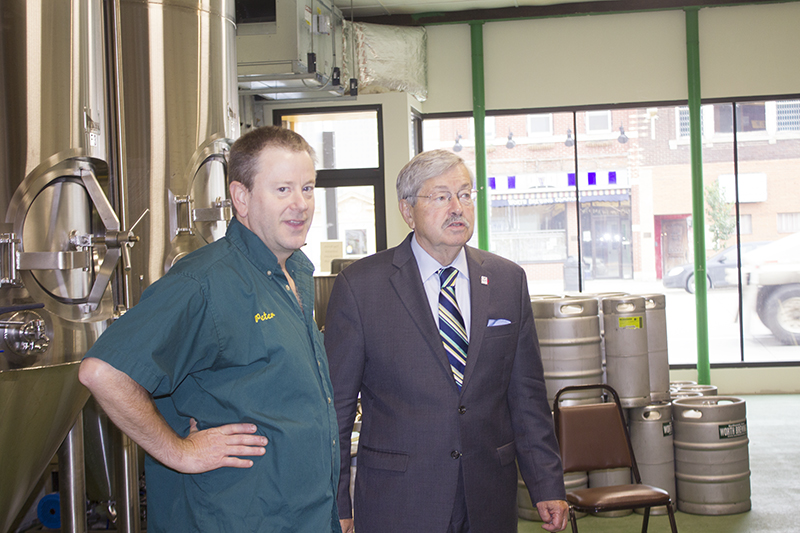 Terry Branstad was given a tour of The Winifred Hotel and the new Worth Brewing Co. location that opened earlier this year.

On the tour, Branstad was given a summary of plans and improvements made to the downtown buildings since his last visit.

The Winifred Hotel, which opened in 1913, was purchased earlier this year by nonprofit organization Waking Miss Winifred to renovate the building and turn it into a boutique style hotel. 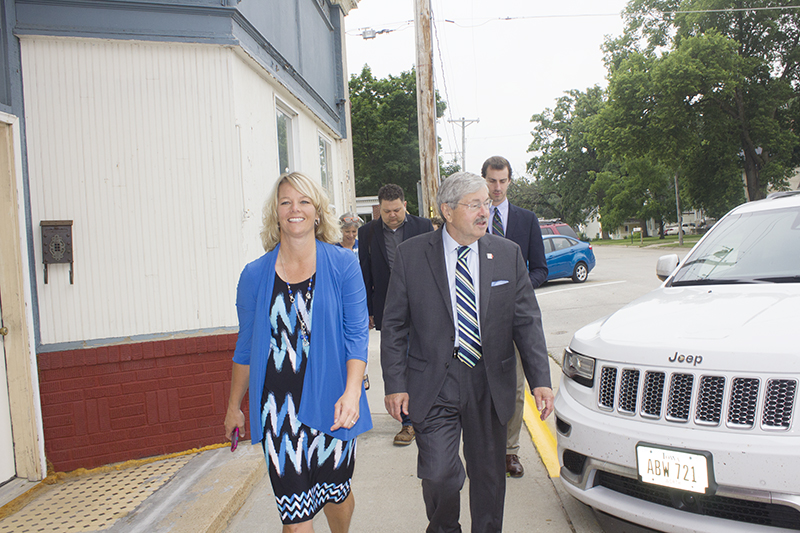 Organization President Mary Reyerson said once completed, the project will help the community.

“We’re hoping this will be the centerpiece for downtown revitalization,” Reyerson said.

Branstad offered suggestions for available tax credits and grants, and noted the length of time it took to renovate the Iowa Capitol building.

Worth Brewing Co. opened its new facility across the street from its former location earlier this year after an 11-month renovation project.

The front of the tap room features a stage for live entertainment and the bar has a window into the brewery, allowing customers to see how their beer is made.

Brewery co-owner Peter Ausenhus gave Branstad a tour of two floors of the facility, with Branstad noting the improvements made to the facility.

“I think you’ve done a great job with this,” he said.

Ausenhus said Branstad’s visit to the facility was important to Northwood, noting the attention will help the community.

“Small towns need as much support as possible,” he said.

Branstad, a Republican, said the projects are a great example of small-town revitalization in Iowa, noting brewing pubs are one of the fastest-growing businesses in Iowa and bring tourists into communities.

A Winnebago County native, Branstad said he promised when he was elected that he would not ignore north Iowa. He said the visit allowed him to learn a lot by having a first-hand look at how the businesses are run.

Branstad, who previously practiced law in Lake Mills, said the visit allowed him to come back home.

“To me, it’s kind of a homecoming to come back here,” he said.