Tigers gearing up for state 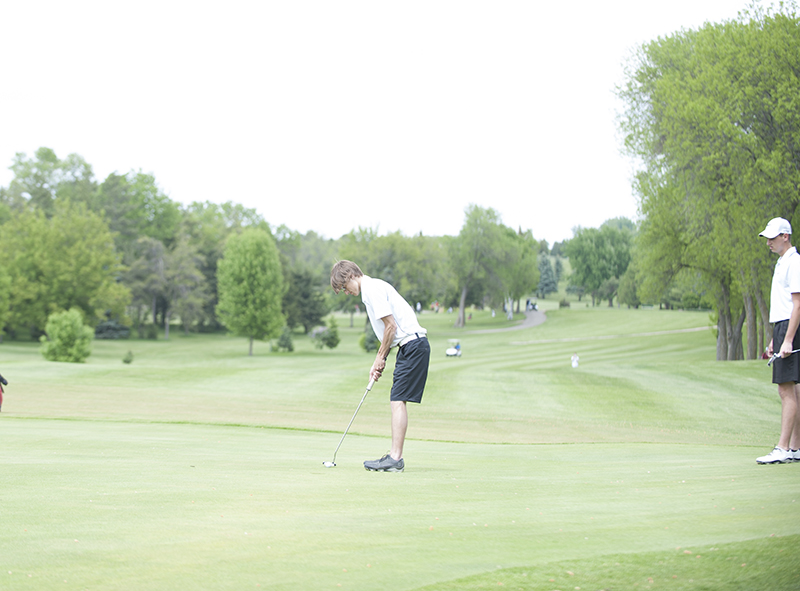 Albert Lea senior Brock Carstens hits a put in May during a tournament in Albert Lea. Carstens recently shot the best round of his high school career at the section tournament. Jarrod Peterson/Albert Lea Tribune

Just one day after clinching the section championship, the Albert Lea boys’ golf team was back on the course prepping for the state tournament that will take place Tuesday and Wednesday.

After missing the state tournament as a team by a few strokes the past few years, the Tigers clinched the section championship on Monday, something they knew was possible, but didn’t seem too likely just two months ago.

“We got off to a slow start in the beginning of the year,” said Tigers captain Alex Syverson. “We didn’t play well in April. It got a little better in May, but our best performance was at the section tournament. I guess you could say we are peaking at the right time.”

Syverson and the other seniors — Andrew Woitas, Brock Carstens and Jack Pulley —  have been a part of the Albert Lea golf team since seventh grade, and the hard work has finally paid off for this group.

“We are best friends, and have been for a long time,” Syverson said. “We played other sports together growing up and have spent a lot of time with each other. It’s going to be very special to share this moment with this group.”

The Tigers took the section tournament by more than 20 strokes, giving them some time on the course to soak in the moment, a moment the whole team has worked so hard to achieve.

“I took a double-bogey on my last hole,” Syverson said. “But I really didn’t care because I was enjoying the moment with my team. We had a lot of players step up during the two-round tournament.”

Carstens shot the best round of his high school career and the Tigers got solid perofrmances from Syverson, Pulley and others to clinch it.

The Tigers set numerous goals coming into this season, but the main one was to make it to the state tournament.

Now that they have accomplished that goal, it’s time to practice and enjoy the moment.

“We have been practicing putting ourselves in unique situations that we might face on the course,” Syverson said. “We want to play well, so we have to be prepared for anything.”

Getting off to a good start is something Syverson said would help ease some of the nerves that he or the team will be feeling. He should know. He has been to the state tournament for three straight years now.

“My first time as a sophomore, I was so nervous,” Syverson said. “It kind of led to me not playing well. On the second day, I put all of that behind me, and went out and played golf. I played much better.”

Keeping the mental focus for 36 holes and two consecutive days is what will be most challenging, especially for some of Albert Lea’s younger players. 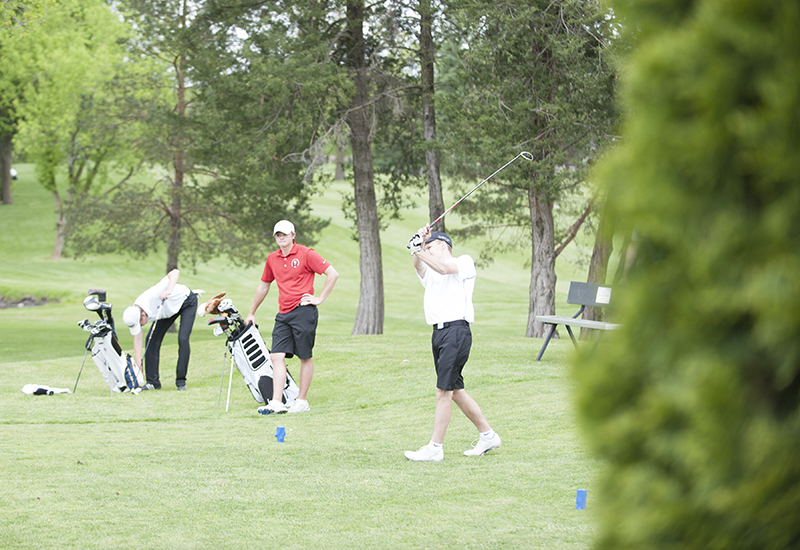 Albert Lea sophomore Bergan Lundak follows through on a drive during Albert Lea’s tournament in May. Lundak is one of the younger plays of who the Tigers will rely on during the state tournament.

But Syverson and his fellow seniors already have a plan to help out the young guys.

“I think it’s important that once the round is over, you kind of forget about it,” Syverson said. “Just relax, go back to the hotel, and watch some television. Get something to eat and hang out. As the night winds down, then you start preparing yourself for the next day and reflecting on your round. Otherwise, if you do it right away, it will wear you down mentally.”

With this being Syverson’s third and last go-around, he is looking for a high finish from himself. He took 24th last year.

“Of course I would love to win state,” Syverson said. “But I know how much of a grind this tournament is, having been through it twice already.”

The Tigers will tee off at noon Tuesday  at Sand Creek Golf Course in Jordan.

“Once we arrive at the course, I’m sure there will be a lot of nerves,” Syverson said.

“But once that first tee shot is hit, hopefully some of those nerves go away.”