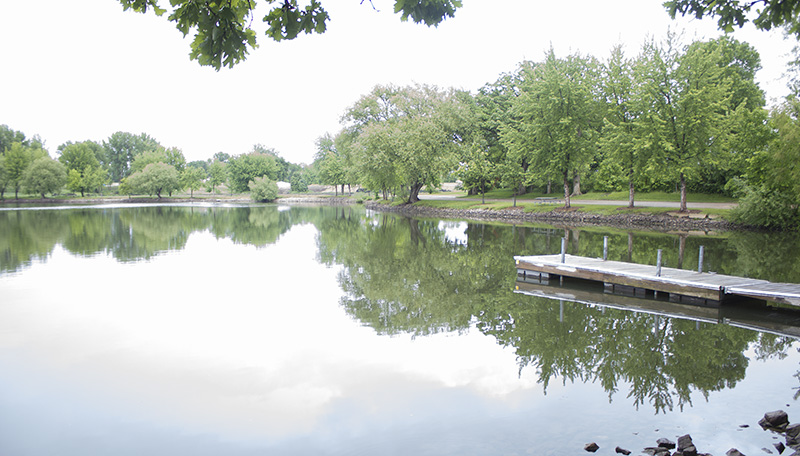 Possible locations for the beginning of the Fountain Lake dredging project include Edgewater Bay, pictured, and a channel from Bancroft Bay to the main portion of Fountain Lake. - Sam wilmes/Albert Lea Tribune

Director of Field Operations Andy Henschel said last week the Watershed District closed on a purchase agreement with Richard Stadheim for 101 acres last month and a purchase agreement was close to being closed with Larry Wangen for a little under 5 acres for the location of a confined disposal facility.

The properties are located adjacent to each other, north of Interstate 90 and 1 1/2 miles north of Fountain Lake.

The CDF will be used to manage sediments. A CDF is a dewatering site in the dredging process. When dredging takes place, there will be a mixture of water and sediment pumped to the disposal facility, and the CDF will be used to settle and siphon off the water. An embankment will go around the perimeter of the CDF.

Engineering is expected to be completed on the CDF by the end of June. Director of Field Operations Andy Henschel said the district will then work to secure permits and bid for the dredging process. 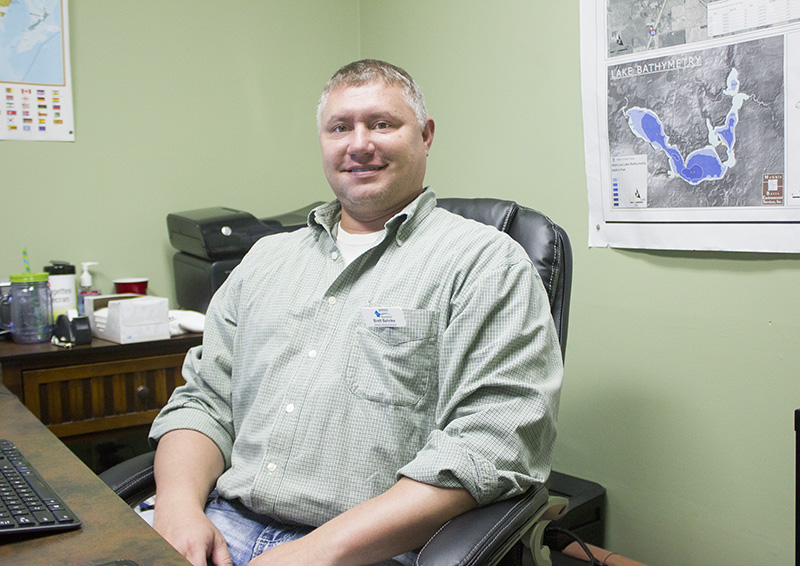 He said the district is targeting 2017 for a dredge to enter Fountain Lake, noting the district knows there is a lot of work that needs to be done before dredging begins.

Henschel said a purchase agreement for approximately 15 acres of property owned by George Dress is planned for approval at the next Board of Managers meeting. The property borders the Wangen and Stadheim properties. He said the site will play a critical role in the operation of the CDF site in stormwater management, staging equipment, materials and stockpiling soil and stormwater.

He said he does not know how much the project will cost, but added it will cost a maximum of $15 million, noting the half-percent sales tax will cover the cost of the project.

The Albert Lea City Council in April approved final legislative language for the district’s request for a half-percent sales tax extension for either 15 years or until $15 million has been collected.

The money goes toward water quality improvements, and state approval must still be secured.

Extension of the sales tax will come before the public in November 2016 before being approved by the Legislature in 2017.

Henschel said the district did not receive $7.5 million in bonding money until April 2015, noting the district was unable to spend any money to start the dredging until the bonding dollars were secured.

He said the district has been doing upfront work for six years such as developing slope stability to make sure roads and houses are not fractured, containment and obtaining phosphorous data.

“We’ve done a lot of work to get to this point,” Henschel said. “It just doesn’t happen overnight, but we are there now and we should be excited that we’re almost at the top of the mountain as far as moving this project ahead.”

Behnke said the board at its next meeting will start reviewing where the dredging will begin. Possible locations include Edgewater Bay — which Behnke said makes the most sense — and a channel from Bancroft Bay to the main portion of the lake.

The district has also received a couple grants in the last month that officials said will help area water quality.

Included in the annual Lessard-Sams Outdoor Heritage Council bill that passed in the closing days of this year’s legislative session was $1.2 million to the Shell Rock River Watershed District for the continuation of phase five of the district’s habitat restoration program.

The district was also awarded more than $825,000 from the Minnesota Board of Water and Soil Resources last month to focus on grassed waterways, streambank and wetland restorations to meet the final 10 percent in phosphorous reduction to allow Pickerel Lake to be delisted from the state Impaired Waters list.