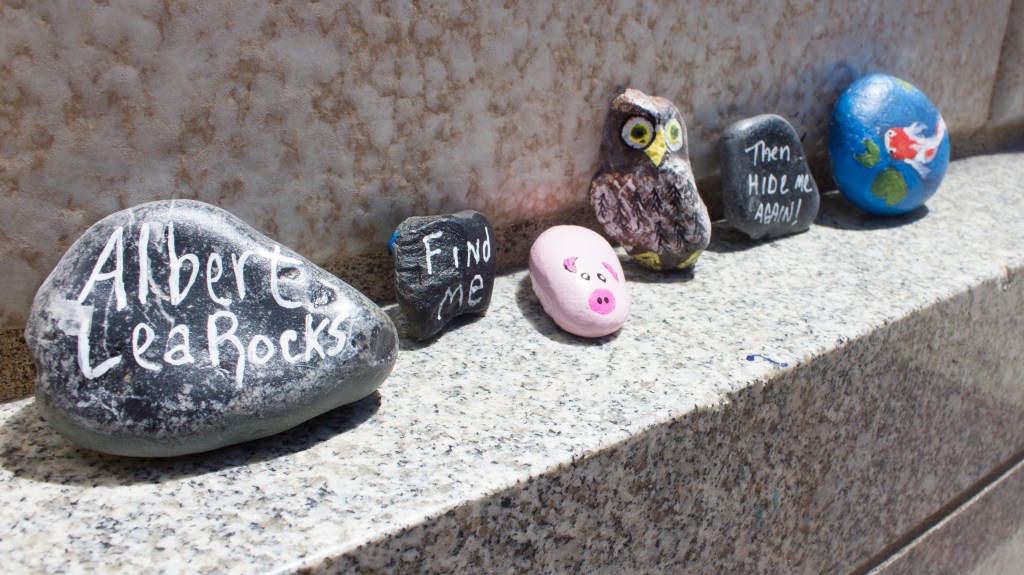 Two Albert Lea women have started an initiative aimed at drawing residents together — all while encouraging creativity and a positive message about Albert Lea.

Called Albert Lea Rocks, the initiative invites people to paint rocks and then hide them throughout the community. Once people find the rocks, they post photos of themselves with the rocks on Facebook and then hide them again for another person to find. 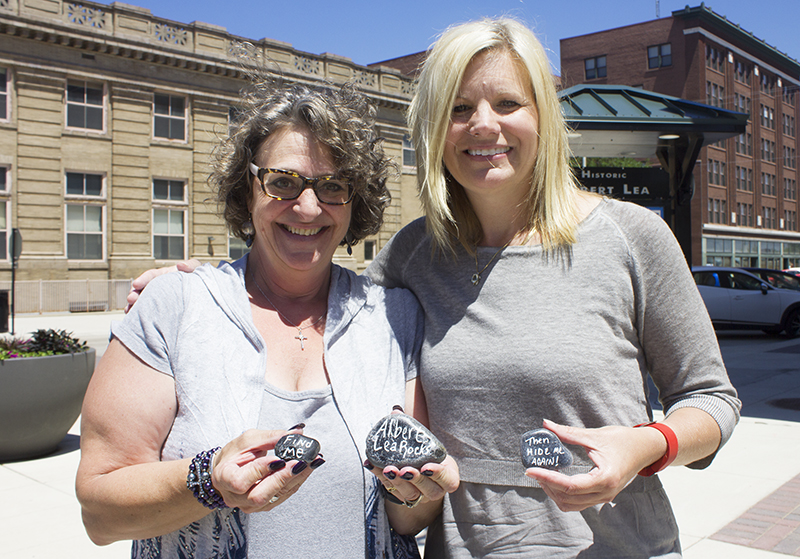 Etheridge said the idea originated when she had seen one of her friends who lives in Bolivar, Missouri, try something similar. That friend, Susan Sparks, got the idea from an artist in Port Angeles, Washington.

Etheridge said Sparks got a group of people together to paint rocks. They went out to hide the rocks, and the initiative took off from there.

“I’m watching all this happen, and I’m thinking Albert Lea might have some fun with this,” she said.

Albert Lea resident Kari Ulrich decided to help Etheridge with the project, and together they launched it on Tuesday.

Etheridge said the Albert Lea Rocks Facebook page was made public at 2 p.m. that day and by Thursday evening there were already 1,200 community members who had liked the page.

The two women said they had no idea the idea would spread so quickly and already they have seen new friendships formed.

“A lot of people are thanking us for doing this because their grandkids are having so much fun,” Etheridge said. 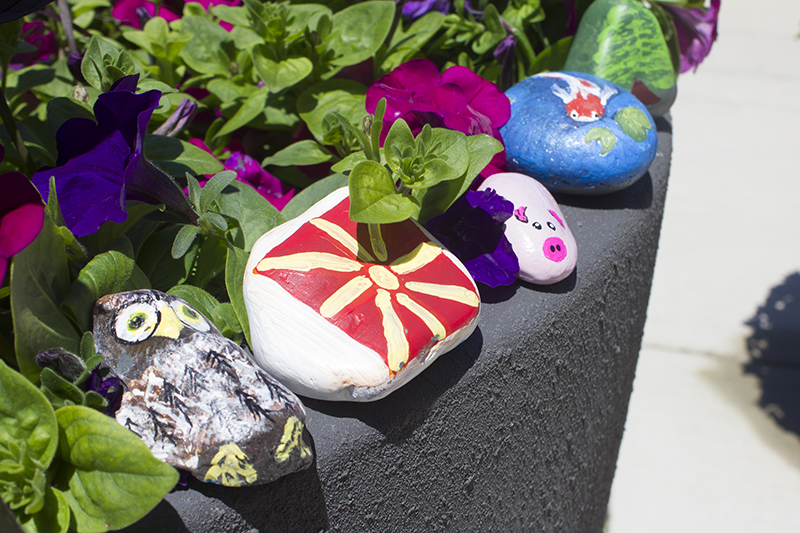 People can paint the rocks however they choose, but organizers ask that images be family-friendly. – Sarah Stultz/Albert Lea Tribune

She said if people want to participate they can can use rocks from a landscaping store or from their own landscaping, but they should not take any from national or state parks.

Rocks should not be much bigger than the palm of a hand. People should wash them and let them dry before painting.

Rocks can be painted with acrylic paint, which cost anywhere from 50 cents to less than $2, and then seal the rocks with a spray sealant or Mod Podge. People can paint a variety of images on the rocks — whether animals, scenes or inspirational messages. Businesses could also easily get on board and offer a discount if their rocks are found.

On the back side of the rocks, people should paint what other people can do with the rocks if they are found — which is to post them on the Albert Lea Rocks Facebook page.

When it comes to hiding rocks, the women said it’s best to hide them low and to stick to outdoor locations. People should also post a message with hints of where the rocks are hidden.

Ulrich said painting the rocks is relaxing and enjoyable.

The women said it gets children away from technology and taking part in something that incorporates physical education, art, motor skills and other skills.

It is something any age group can enjoy and is meant to be family-friendly.