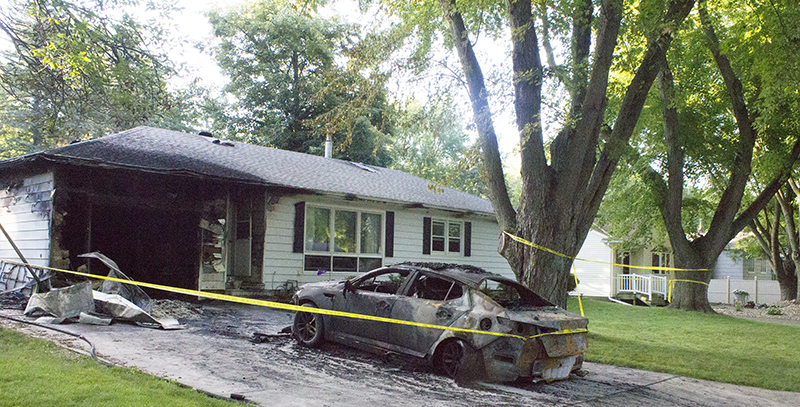 A house at 2134 Grand Ave. was damaged and a vehicle was deemed a total loss after a fire Sunday in Albert Lea. -Sam Wilmes/Albert Lea Tribune

An attached garage and house were damaged in a fire Sunday morning in Albert Lea.

A woman and children were reportedly home at the time the fire started; no injuries were reported, but two cats died in the fire.

Glassel said Sunday that a cause of the fire was under investigation and a damage estimate had not been formed.

A car in the garage was reported by Glassel as a total loss.

Fire crews were  dispatched to the residence mid-morning and were on scene until just after noon.

Online property records list Dustin Boyer and Jessica Johnson as the primary taxpayers of the address.

More information is expected to be released today.