Memorial services for Dean L. Williamschen of Albert Lea will be at 10 a.m. Saturday at Ascension Lutheran Church in Albert Lea. The Rev. Kenneth Jensen will officiate. Visitation will be from 4 to 7 p.m. Friday at the Bonnerup Funeral Service and one hour prior to the service at the church. Interment will be in Lakewood Cemetery in Albert Lea. 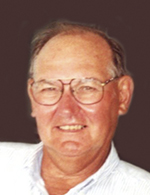 Dean LuVern Williamschen was born on June 27, 1936 to Diedrick and Mildred (Jensen) Williamschen in Albert Lea. He was baptized and confirmed at Trinity Lutheran Church in Albert Lea. He attended District No. 137 north of Bancroft for the first eight grades and then graduated from Albert Lea High School in 1954. Dean’s goal was to serve in the military like his family members before him, but was unable to do so because of health reasons.

After graduation he worked at Community Oil Gas Station, which he always referred to as his favorite job. He worked at Firestone Tires and United Building Center for a few years which helped him to realize he needed more education. He attended the Minneapolis School of Business and then started at Streater. After 13 years at Streater, ending as the maintenance supervisor, he became the street superintendent for the city of Albert Lea. He did this for 24 years until his retirement in December 1998.

Dean was always a forward thinking person that was ahead of his time. With the city, he was always ready to try new things and often other communities would come to see what he had tried. He helped to plan the layout of the first span of the Blazing Star Trail. His great work of accomplishment came when the University of Minnesota asked him to be on a panel, which would be broadcast live to six different states. He was published in the Minnesota Best Practices Book for a city of our size put out by the University of Minnesota. He was an avid reader and a very intelligent self-taught man.

Dean married Leann Wicks in September 1960 and they were together for 13 years. Jodi and Darrin came to live with them to make a family of four. Leann was killed in a tragic bicycle accident in 1973. A special sister-in-law, Sharon Williamschen, stepped in to help him during that difficult time. Later Dean and Jayne married and the families of Jodi, Darrin, Dawn and Todd became one. Two years later Lori was added to the blend.

The two families, now one, joined Ascension Lutheran Church, where Dean served on the church council and as the treasurer. He loved to hunt and fish and spend time with his friends. He also loved spending time caring for his roses and gardening at his home farm, where his niece lives.

Dean and Jayne traveled extensively once the children were grown enjoying many years fishing and riding for 25 years on their Gold Wing. The last 10 years were spent in Port Aransas, Texas, for the three winter months, where they met many wonderful friends. A mission trip to Jamaica was a very memorable experience for them. Dean was an extremely generous and compassionate man often behind the scenes to people he didn’t even know. He was honest and fair and a great story teller. He had a talent of continuing to keep working at something until he could figure it out and have it fixed. Dean and Jayne enjoyed 42 years together in marriage.

Left to treasure many memories are his wife, Jayne, and their five children, Jodi Williamschen (Michael Dickens) of Oakland, California, Darrin (Jeanine) Williamschen of Minnetrista, Dawn (James) Schreiber of Albert Lea, Todd (Tina) Williamschen of Lakeville and Lori (Cory) Dauner of Fargo, North Dakota. He also had eight grandchildren who he adored: Brittany and Kelsey Schreiber, Tristan, Landon, and Brayden Dauner, Alyse and Dominic Williamschen and Lindsey Munson; a special niece, Cathy Davis, who was like a daughter to him; very special friend, Kerry Yocum; and many extended family members.

He was preceded in death by his parents; his brothers Orville and Clayton Williamschen; his sisters Evelyn Neist and Lucille Lyle; and his first wife, Leann.

In lieu of flowers, the family suggests donations to The Salvation Army or Ascension Lutheran Church. The family wishes to thank the Mayo Hospice team, who took such good care of all of them.