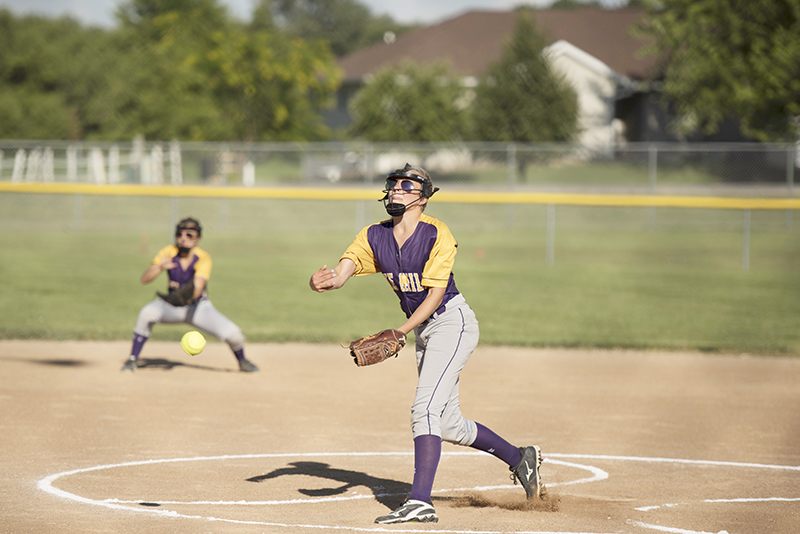 Jade Gasteiger throws a pitch in a game earlier this season. Gasteiger got the start in Tuesday’s playoff game against St. Ansgar and pitched a complete game in the loss. Lory Groe/for the Albert Lea Tribune

After ending the season on a low note, the Lake Mills Bulldogs looked to turn things around on the road as the playoffs started Tuesday.

Lake Mills faced the St. Ansgar Saints, a team they were shutout by in early June.

In that game, the Bulldogs managed just four hits. They were hoping this game would be different.

Again, the Bulldogs were limited to four hits and were shutout, 5-0.

The Saints crossed the plate four times in the second inning, and that would be more than plenty for pitcher Alex Patterson, who pitched a complete game with seven strikeouts.

Kylie Juenger and Tanyon Schutjer each drove in a run for the Saints, and Amelia Koster scored two runs and collected two hits.

Hailey Borgmeyer, Cede Byrnes, Mallory Wilhelm and Faith Cox each had one hit for the Bulldogs, all singles. 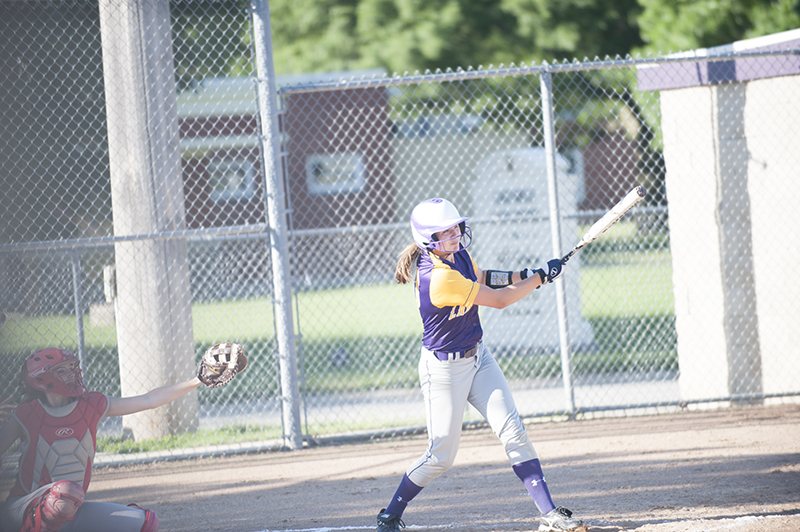 Lake Mills sophomore Mallory Wilhelm connects on a pitch for a base hit in a game earlier this season. Wilhelm had one of the four hits for the Bulldogs in Tuesday’s loss to the Saints. Jarrod peterson/Albert Lea Tribune

The Bulldogs were limited to just five baserunners for the whole game.

Jade Gasteiger got the start for the Bulldogs and, like Patterson, pitched a complete game with four strikeouts.

Her pitching line wasn’t as clean as Patterson’s, but she still put forth a good effort.

The loss ends the Bulldogs’ season.

They finished the season with a record of 10-18 and on a four-game losing streak after having won four games in a row.