Prison a possibility for man charged with meth possession

A Minneapolis man is facing prison time after being charged with first-degree controlled substance possession in Freeborn County District Court.

Joshua Brandon Cochran, 27, was charged and made his first appearance on the charge Tuesday. 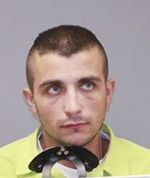 Court documents state Freeborn County Sheriff’s Office deputies were dispatched Monday regarding a driving complaint on southbound Interstate 35 in Freeborn County. Cochran was reportedly driving a blue Cadillac SUV-style vehicle around the Hartland and Geneva exit at approximately 80 mph while touching the fog and center lines.

Court documents state that after making contact with Cochran, he slurred his words and was asked if he had been drinking or was under the influence of a narcotic.

Cochran denied drinking and told the deputy that he had taken pain medication for his broken back, and provided a prescription pill bottle with his name on it containing oxycodone.

Cochran denied that an unlabeled pill bottle located behind him was his. Light orange-colored pills that were identified as 20 mg of amphetamine and dextroamphetamine — used for medical purposes to treat ADHD — were found, court documents state.

Court documents state Cochran denied the pills were his and claimed that half of the items in the car belonged to a friend.

Court documents state that after being informed of the results, Cochran told a deputy that “he had gotten mad at his ex and had taken a black box from her.” He reportedly admitted the black box contained meth and was located on the front passenger seat, but denied knowing how much meth was in it.

A baggie containing 17 light orange pills containing 20 mg of amphetamine and dextroamphetamine were reportedly found in the box.

Two bags in the box that weighed a total of 30.73 grams containing what later field-tested positive as meth were also found.

Cochran’s next appearance is scheduled for July 21.

Cochran was convicted of first-degree drug sale in March 2015, and was on probation at the time of the alleged incident.