The Education Foundation of Albert Lea and Albert Lea Area Schools are pleased to profile the first two of four recipients of the 2016 Distinguished Alumni Award: Elmer Peterson and James Horgen, according to a press release. The next two will be profiled in a future Tribune edition.

These alumni will join two others in “Celebrating 16 years of Success in 2016.” All four will be recognized at the Education Foundation’s Pathways to Success Celebration on Sept. 8 at Wedgewood Cove in Albert Lea.

Prior to the banquet, the sixth annual public forum will be from 4 to 5:45 p.m.  at Wedgewood Cove. The ticketed evening will begin with a social gathering and a cash bar at 6 p.m., followed by dinner and the program at 6:30 p.m.

Reservations may be made by going to the Foundation website at www.efal-us.org/PathwaystoSuccess.htm, filling out the response form and mailing it with a check for $40 per adult ($11 per child age 12 and younger) to the Education Foundation of Albert Lea, P.O. Box 828, Albert Lea, MN 56007. Questions should be directed to Lilah Aas, president of the Foundation’s board of directors, at the Foundation email address edfound.al@gmail.com. 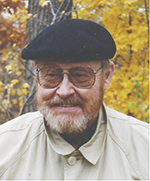 Elmer Robert Peterson, Ph.D was born and raised in Albert Lea. Known to his family as “Bob” and to many others in his professional career as “Pete,” he grew up on Park Avenue, attended Lincoln Elementary, Albert Lea Junior High and Albert Lea Senior High. There he participated in “Cap” Emmons marching band and varsity basketball.

After graduating from Carleton in 1952 with a major in French literature, Peterson enlisted in the Naval Air Force. After serving his time in the Navy, he earned his masters degree from Middlebury College, and then his Ph. D. from the University of Colorado in 1962.

Peterson began his teaching career at Beloit College, and after two years he and his wife, Judy (former Albert Lean Judy Leuthold), and their two children, Erik and Kristin, moved to Colorado Springs where Peterson taught at Colorado College.

As chairperson of the romance language department and full-time professor, Peterson grew to be friends with many students who counted on him for advice, not only regarding academics but also personal and professional matters. His door was always open and he was a great student favorite.

Peterson’s interest in the DaDa and Surrealism movements, as well as French theater and art, propelled him to co-author a book about Marcel Duchamp, which turned out to be the first of five books that he wrote in between trips to France. He also authored many professional articles and was considered to be a leading authority on the DaDa movement, as well as French history and literature.

During his years at Colorado College, Peterson took on additional roles as the person in charge of development, dean of summer session, touch football coach for an intramural team comprised of both students and faculty members of Colorado College, and, during a sabbatical, as the director of 23 students at the University of Bordeaux in France.

Additionally, Peterson belonged to the Modern Language Association and also found time to coach the tennis team at Colorado College. Students always sought him out at college functions, such as homecoming, soccer games or just over a cup of coffee in “the hub” on campus. Peterson and his wife frequently invited students to their home for dinner, followed by a few beers and discussion. In addition, in good weather the Petersons organized picnics, including all students from his classes.

Peterson was a very curious man and had an enviable sense of humor. His caring for his students resulted in their returning to visit him, even in his retirement years — visits he looked forward to.

Peterson was sought out as a professor by many colleges and as a potential college president, but he loved Colorado College, his home on Mesa Road and the Denver Broncos. 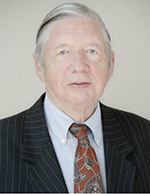 James “Jim” Horgen’s life includes a stunning academic career, beginning at the District 76 one-room school in Twin Lakes before moving on to ALHS. He then attended Austin Junior College and the University of Minnesota, as well as the University of Cairo, the University of Paris and Germany’s Goethe Institute. Horgen has amassed degrees in Arabic, Middle East history, French, German and modern Arab history.

Professionally, Horgen’s life has been centered generally in the Middle East.

He has worked with USAID in Yemen, Arabian American Oil Co. (Aramco) in Saudi Arabia, the “Voice of America” and CBS in Beirut, and the Sultanate of Oman as an economic advisor. Bilingual in both written and spoken Arabic, Horgen has also written for the Aramco World, The Geographical (London) and al ArabiF (Kuwait).

Horgen formed an energy-consulting firm in Washington. Following a Middle East Power survey for NASA, the firm designed, installed and commissioned the first-ever solar village power systems in Pakistan and Yemen, introducing renewable energy technologies as an option for rural electrification in Asia and the Middle East, respectively.

After relocating his work to Malta, Horgen joined with a local industrial group in establishing a solar photovoltaic module manufacturing plant (Solar Power Limited) for the manufacturing, assembly and distribution of solar electric power systems, focusing on the Mediterranean Basin, North Africa and the Middle Eastern markets. He subsequently served as an adviser to Middle East governments on economic and energy issues relating to the introduction of new and renewable energy technologies. He has also appeared as an expert witness before congressional committees on the issue of technology transfer to the Near East. Horgen’s next project will be the design, installation and commissioning of solar electric power systems for the east-central African country of Chad.

Horgen pointed out several countries from his life travels he has particularly enjoyed: Greece, France, Norway and New Zealand. He has a penchant for visiting remote, exotic peoples — for instance, Arab tribes in Iran, Chechens in Jordan and Armenians in Istanbul.

The contribution to humankind Horgen is possibly most proud of is his advice to the Sultan of Oman to introduce the concept of public service for civil servants.

Throughout his career, Horgen has enjoyed the support of his New Zealand wife, Janet Austin (a successful business woman in her own right), and of his three children, Kristin, Sonja and Alexander, who themselves have pursued fulfilling careers in the arts, education and government.