Albert Lea woman shares passion for art with the community 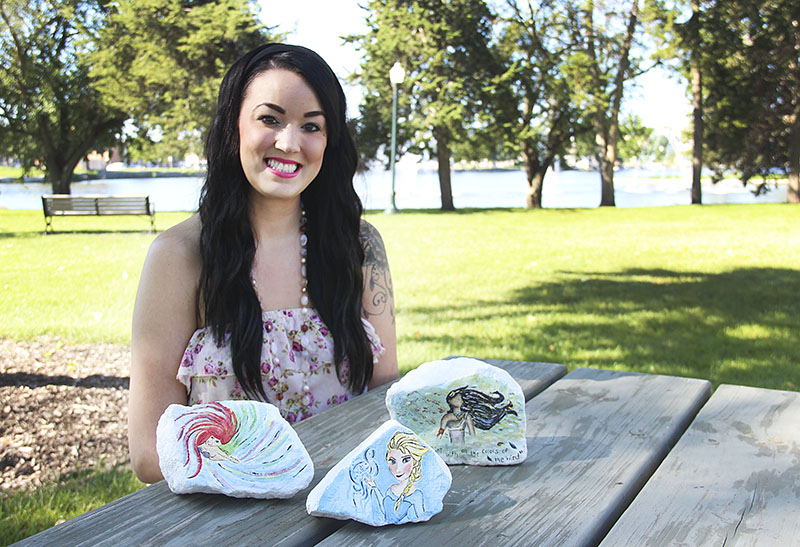 Brittany Olson of Albert Lea has gained attention in recent weeks for her artwork on rocks as part of the Albert Lea Rocks initiative. - Sarah Stultz/Albert Lea Tribune

An Albert Lea woman is taking her passion for art and using it to better the community.

Brittany Olson, who works as a certified nursing assistant at Thorne Crest Senior Living Community, said she has always had an interest in art, and painting came naturally. She took art classes in high school. Her sister, mother and grandmother are also artsy people and are good at drawing or crafts.

Olson, 30, said she hadn’t done a whole lot of painting until she got started with Albert Lea Rocks, the community arts initiative that encourages people to paint rocks and then hide them for others to find. 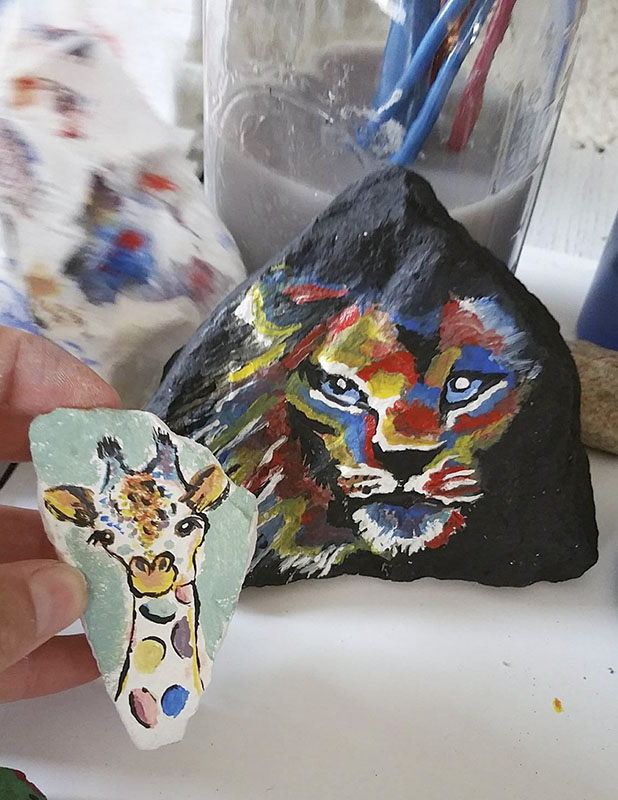 She said she was watching her 7-year-old nephew for two weeks a few months ago when they found out about the initiative on Facebook and decided to paint and hide rocks together.

She paints with acrylic paint, and it takes about an hour or an hour and a half to paint each rock.

At first, she mainly painted animals — anything from a lion, to a giraffe and an elephant — and then in early July, she said she heard about the death of 8-year-old Sophie Stultz and was inspired to paint a rock with an angel and Sophie’s name on it.

In addition to that rock, she painted rocks for one of Sophie’s best friends from school and her family, as well. The rock for the family — her favorite thus far — received 272 likes and 39 comments on Facebook.

In addition, Olson said she has received many messages and kind words from people who have seen the rocks.

She has had a request from one person whose grandson died who asked that a rock be made in his memory. She has had another request from a woman to paint a canvas with a Disney character on it after posting rocks with Disney princesses earlier this week.

“It’s exciting,” she said. “I’m glad I can be a part of the community. It’s really amazing people are responding so much.”

She said she is grateful to be a part of something that can help others and at this point sees it mainly as something to do in her free time. She is not looking to make money from it, though her husband, Mitch, has previously encouraged her to do more with her art.

“It’s more of a hobby for me,” she said. “I didn’t think I would be painting rocks, but it’s an awesome thing.”

Her passion for the rocks has spread to her family, as her mother and younger brother plan to send their painted rocks from their home in Ayrshire, Iowa, for her to hide in town.

Olson, who has lived in Albert Lea for three years, grew up in St. Cloud. In addition to painting rocks, she enjoys painting old furniture and remodeling.