Low prices forcing some farms to their knees financially 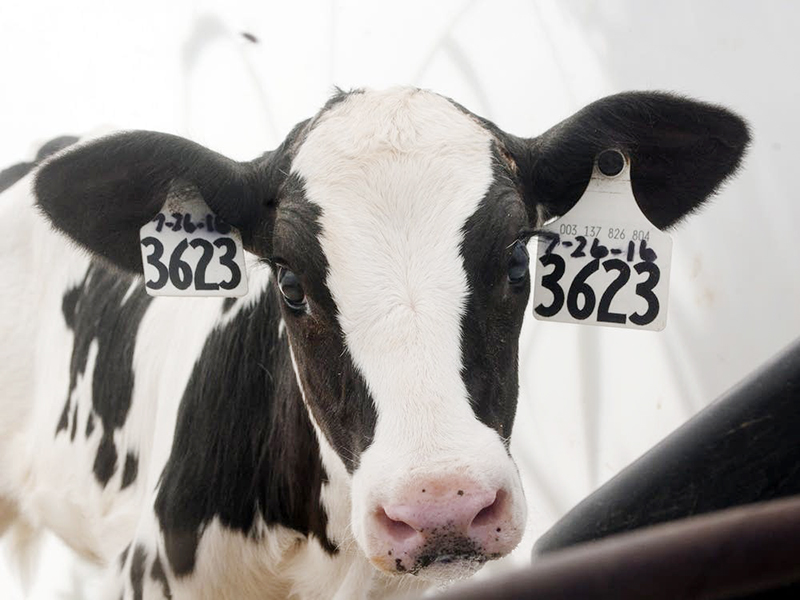 A young calf stands inside a shelter on the John Quaal farm near Underwood on Aug. 9. - Dan Gunderson/MPR News

The U.S. agriculture department predicted another record harvest this fall on Friday, raising the prospect of yet more financial pain in farm country.

Crop, livestock and dairy farms are all suffering. Some are filing for bankruptcy, among them John Quaal, who runs a dairy farm near Fergus Falls.

It’s nearly impossible to break even producing milk, he said.

“For almost two years now we’ve been going backwards,” Quaal said. “You’ve got to learn to deal with it I guess. It’s just the way it is.”

Milk, like corn and soybeans, has been fetching less money than it costs to produce the commodity for most of those two years. Low grain prices have kept down the price of feed, but not enough. Quaal’s farm has lost as much as $40,000 in a single month. He figures the dairy lost $300,000 in total last year. And Quaal’s running short of money to pay his bills. 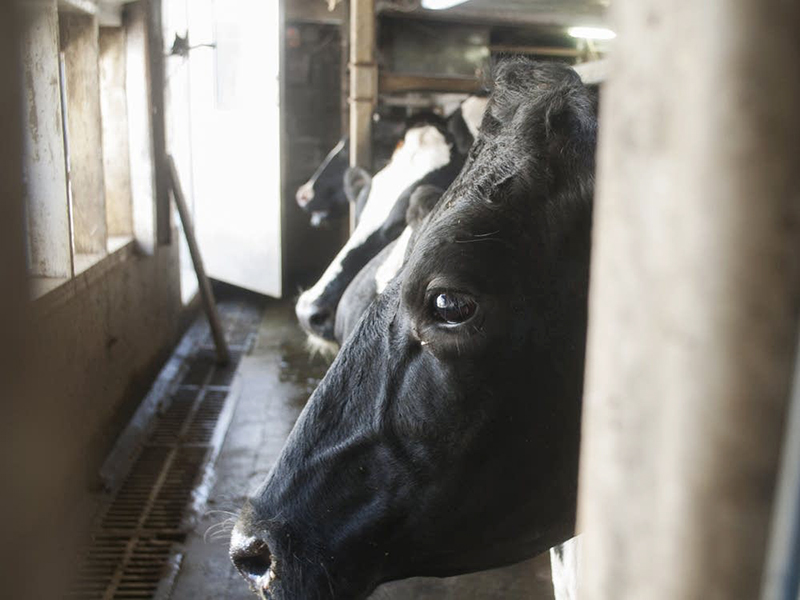 “It’s pretty hard to go to any bank, or anywhere and borrow money with a negative cash flow,” Quaal said. “So it looked like about the route we should probably go is filing a chapter 12 bankruptcy.”

Under the bankruptcy filing, Quaal, his wife and son will continue to milk nearly 300 cows, but have more time to pay off debt. And by what he has seen in the local ag economy, he’s not the only farmer in trouble.

“There are a lot of cows coming to the sale barn,” Quaal said. “People (are) just giving up and selling.”

Quaal turned to Bill Januszewski to help him cope. Januszewski is a farm business management instructor at Alexandria Technical and Community College. He’s currently working with a total of 21 conventional dairy farms in the area.

“Out of the 21, I have about 12 of them that are under some sort of stress,” Januszewski said. “And I would say out of those 12 I’ve got five that are under considerable stress.”

It’s touch and go whether those five will be in business a year from now, Januszewski said. It mostly depends on milk prices, which have been rising this summer. If that continues, it should relieve some of the stress on the dairy sector. 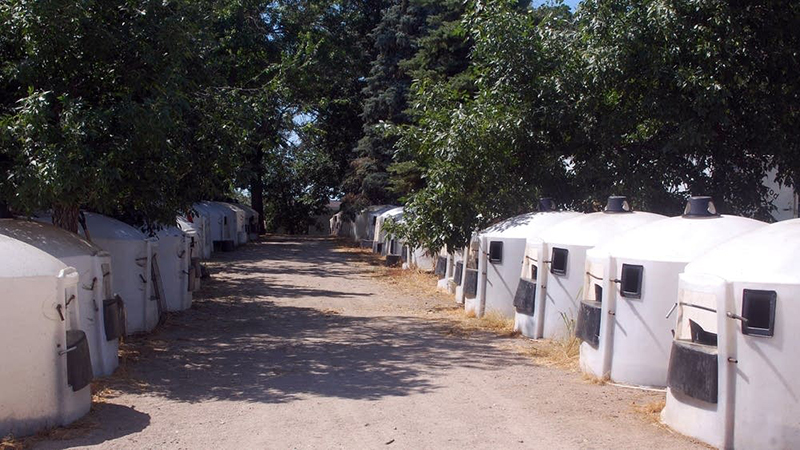 Crop and livestock farms are also feeling financial pressures. Statewide, the number of troubled agricultural loans is rising. The number of farmers offered mediation by lenders is up 20 percent so far this year. The program is designed to head off farm failures by identifying and solving credit issues before they sink an operation. Crop farmers could face an especially bumpy track.

Grain producers are in the third year of a financial downturn.

So far most have managed to stay in business because they’re able to draw down savings to pay their bills, Liddell said. Much of that economic cushion comes from a run of historically high corn and soybeans profits between 2007 and 2014. But unprofitable crop prices have worn the cushion thin, Liddell said. With another record harvest expected this year, prices will likely stay low.

It may be another three years before corn prices, for example, return to profitable levels for most farmers in Liddell’s view. If he’s right, he said, farmers must plan now for an extended period of slim or non-existent profits or face the prospect of going out of business.

Some choices will be psychologically tough. Farmers hate to give up land, but Liddell said if land is never going to make a profit because the rent is too high or the soil unproductive, a farmer may have to let those acres go. As some farmers are already finding out, there’s only so much loss an operation can withstand.

“How you move forward is going to be critical for the future of your business,” Liddell said.

Dan Gunderson contributed to the reporting on this story.