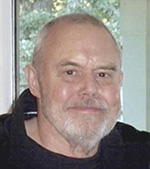 Pete, a proud Marine and even prouder father, grew up in Hampton, Iowa, and graduated from Luther College where he played football — one of his life’s passions.

Pete enlisted in the Marines a day before his draft notice arrived and he served a 13-month stint in Vietnam. He was fiercely patriotic and always proud to be a Marine.

Pete earned a master’s degree in physical education from the University of Wisconsin – Lacrosse and taught history and coached football and hockey at Albert Lea High School before giving in to his wanderlust. He ventured to Africa and built oil platforms at the mouth of the Congo River. He fondly recalled a Lebanese cook who introduced him to curry, remembering how he loved tasting that spice during the day as it lingered in his mustache.

Returning to the United States, Pete took a job with Enderes Tool Co. and eventually with Bridon Cordage as plant manager. He valued the employees who worked on the line, knowing it was their dedication to their craft that resulted in the company’s success.

In 1979 Pete married his wife, Jane, and together they had three children. Pete was a great influence on the three, each of whom he was intensely proud. Scott followed his father’s footsteps into the military, eventually becoming a social worker and veterans’ advocate. Sarah, after deftly assisting in caring for her father following his many surgeries, became a physician assistant and Paul adopted Pete’s interest in history and the world of business.

Pete loved coaching youth sports. He was tough and firm, but fair. He truly cared for his players and felt good sportsmanship was paramount. On his teams, every kid played equal time, and the only parent involvement he allowed was a chuckle or joke following the game. He was fond of coaching hockey, though he’d never skated before coming to Minnesota. He called his squirt-level hockey team his squirrels.

An accomplished athlete himself, Pete loved jogging, biking, and playing basketball with his buddies. However Pete’s health issues surfaced and in 1984 he received two — then revolutionary — porous in-growth hip replacements. His subsequent medical procedures involved shoulder and back surgeries, and he withstood cancer treatment. During his hospital and clinic visits, Pete particularly appreciated the staff and was a favorite, model patient during his more than 45 surgeries.

As his mobility became more limited, Pete took what possibly became his favorite job — morning front desk clerk at the Family Y. He particularly loved chatting with members and most accepted his jovial harassment with a smile — some said they even looked forward to it.

Pete was an example of a kind, generous and humble fighter in the midst of adversity.

Services for Pete will be 2 p.m. Saturday at First Presbyterian Church in Albert Lea. Visitation is one hour prior to the service. Memorials preferred to a youth association of your choice or Bulldog rescue.

Pete would love for you to jog, bike, coach, hug those you love, and live a life of kindness and civility.