Politics held up much work this legislative session

My Point of View

By Joseph Brown and Robin Brown 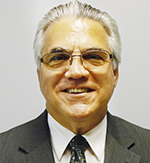 Much of the reason Minnesota’s work is left undone time and time again can be seen in the way the Legislature operates. It is reasonable to expect that important legislation should not be left to pass in the final hours of session. Too often, with time running out, good legislation has been left on the table for a new group of legislators to address in the next session. Or, with little time for legislators to review delete-all bills and amendments, multi-million dollar mistakes can be made — recall the $100 million mistake of this session. 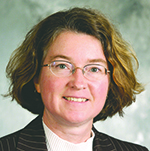 Even though legislators are elected from local districts, they need to work on legislation that is in the best interest of our entire state. Yes, we expect our legislators to understand and fight for our interests, but we also expect them to see the bigger picture — the state of Minnesota.

While polls suggest that individuals may not want to pay an extra 5 or 10 cents per gallon for a transportation tax, Minnesotans support an efficient and safe system of roads and bridges. Minnesota needs a 10-year comprehensive transportation plan that pays for roads, bridges and mass transit we require.

With record low interest rates and construction workers hungry for work, this is the best time to build infrastructure. Should that work have been funded via the bonding bill? Would that have provided the needed long-term funding?

We believe it is possible to create a budget for Minnesota in which taxes can be reduced for businesses and military veterans while paying for the infrastructure we need as well. This is the type of legislation that most Minnesotans support.

Minnesota is fortunate to have a strong economy that can provide mass transit, safe roads and bridges, high speed internet and tax reductions at the same time. This is why it is so important to elect local state legislators that will pledge and vote for a better Minnesota that will provide the needed services for each of the very diverse regions of the state.

We are one state with great variety of people, geography, and resources.  The Iron Range, the metro area, the suburbs, and the western and southern agriculture centers have unique needs.  Now is the time to vote for state legislators that will be willing to negotiate with other legislators regardless of political party to provide a better future for all of us.

The main reasons major legislation was not passed this session was politics and the upcoming election. We deserve more from our local legislators. It has been stated that politicians worry about the next election, while statesmen worry about the next generation. Minnesota needs to start electing more statesmen.