Readers of the Week named by local library 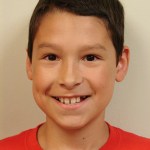 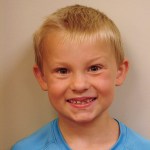 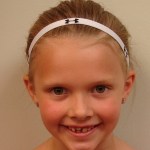 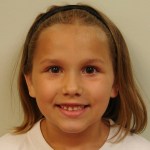 Campos’ parents are Charlie and Jennifer. He has two brothers, Nolan and Logan. The family has a dog named Socks. Ethan’s favorite thing to read about is space and playing soccer. His favorite place to read is in his room at night with no distractions. His favorite series are the Fable Haven Series and the Five Kingdom Series.

Herr’s parents are Brenda and the late Douglas. He has two sisters, Addison and MaKenzie. He has a dog, Koda. His favorite thing to do is be in the parade, which Nathan has done since he was 3-years-old. His favorite place to read is at Star’s. Nathan’s favorite book is “Piggie and Elephant.”

Bottleson’s parents are Dacia and Eric. She has a sister, Sophie. She also has many pets including horses Cocoa and Foxy, an alpaca named Sparks, a llama named Archie, ponies Oreo, Cookie Dough and Peanut, goats Hillbilly, Bill and Bandit, pigs Ribs and Porkchop, a donkey named Lilah, dogs Samson, Harley and Pumpkin and many rabbits, chickens, cats and kittens. She likes to color, ride bike and read. Claire’s favorite place to read is at the end of her bed in the corner. Her favorite book is “Diary of a Wimpy Kid.”

Bakkedahl’s parents are Beth and Ron. She has a brother, Dylan. Her favorite thing to do is play volleyball. Her favorite place to read is in a chair at Lori’s house. Courtney’s favorite books are the Magic Tree House series.