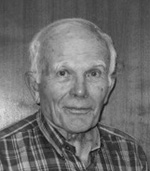 Turk was born April 14, 1928, in Albert Lea, to Carl and Ardella (Hengesteg) Storvick. He served in the United States Navy beginning in 1946. He attended St. Olaf College in Northfield, where he met his wife, Arlyn Abrahamson. Turk received a Bachelor of Science degree from Iowa State University and earned his doctor of philosophy Ddegree in chemical engineering at Purdue University in 1959.

He then began his teaching and research career at the University of Missouri in the chemical engineering department, where he received recognition in the field of thermodynamics and transport properties of fluids. Later in his career his interests expanded to separation of spent nuclear fuels and alternative energy sources and climate change.

His research included four sabbatical leaves. He became professor emeritus in 1997. He continued to teach through the Osher Lifelong Learning Institute and published many pieces of work.

He enjoyed many hobbies and had many interests including working with wood, biking, running, baking, sewing and singing. He was active in Columbia Track Club, Discussion Club, University of Missouri Choral Union, the Scandinavian Heritage Society and was an active member ofTrinity Presbyterian Church.

He was preceded in death by his parents and granddaughter, Kristen.

Remembrances can be shared with the family at www.parkerfuneralservice.com. Arrangements are under the direction of Parker Funeral Service, 22 N. 10th St. in Columbia.