Vikings put on show for fans 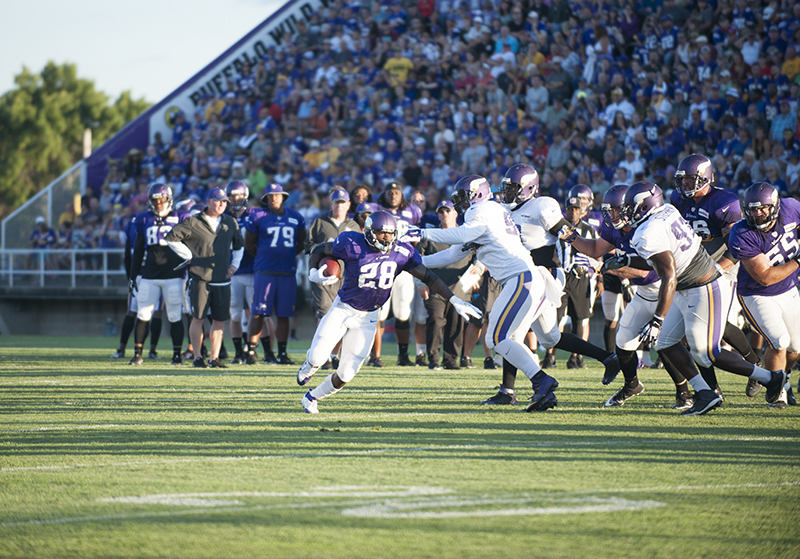 In preparation for their first preseason game of the year Friday, the Minnesota Vikings held a scrimmage of sorts in front of a packed house Saturday night in Mankato.

Fans packed the bleachers at Blakeslee Stadium on the campus of Minnesota State University-Mankato to get a look at the 2016 Vikings.

If wasn’t an official scrimmage, but there was some tackling involved. It was mostly an offensive show, as fans got their first look at rookie Laquon Treadwell.

Fans also got a look at one of the NFL’s best defenses in 2015, and it flexed its muscle early on with several goal line stands, to which the crowd applauded. 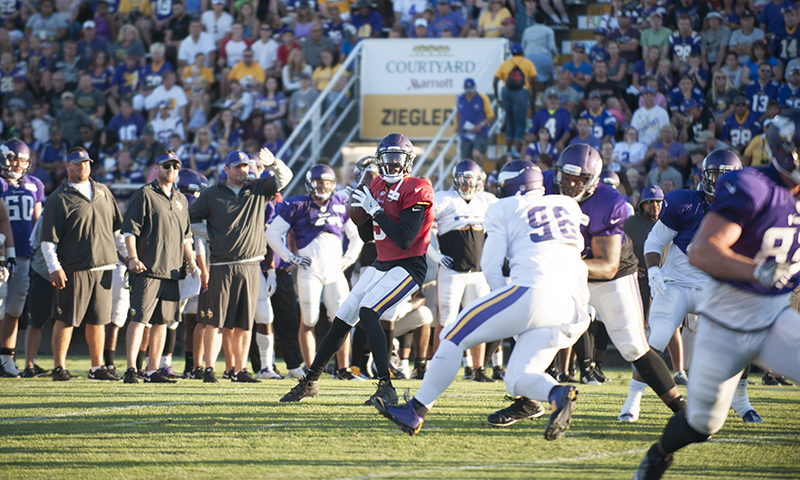 Minnesota Vikings quarterback Teddy Bridgewater drops back to pass during Saturday’s scrimmage. He ended up finding tight end Kyle Rudolph for a touchdown on the play.

The fans got just a taste of what they hope to see a lot of in 2016 — Adrian Peterson. He busted through the line and into the secondary on numerous occassions when he carried the ball Saturday.

When it was all said and done, players signed autographs for the fans as both slowly trickled out of the stadium.

For fans, it was just a sneak peak at last year’s NFC North champs. For the players, it was a night filled with fun and relaxation after nine arduous days of training camp.