Al Batt: Why do cardinals fight with windows? Where are all the birds? 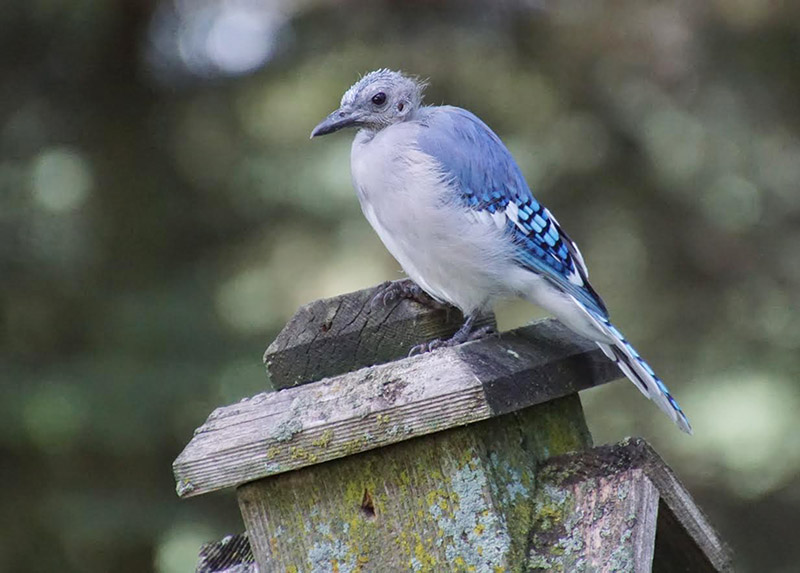 “Everything is nearly copacetic. This former biggest star in the astronomy class needs to shed a few pounds. I’ll tell you how serious I am. Every day, I go through the drive-through lane of a fast food restaurant and tell the clerk at the window, ‘Nothing for me.’ I know that if it has “salad” in its name, it’s good for me. I told Still Bill that we should go for a walk every day. A sort of forced hike. Still Bill wasn’t excited about the prospect. He doesn’t work well or walk well with others. If laziness were a religion, he’d be a deacon. He gets up late, but knocks off early. When we were in high school, nobody could walk a 100-yard dash like Still Bill. Still Bill said he’d love going for a stroll, but there’s no proper place to do it. He’s right. He’s right too often and it’s irritating. I wish there were a good place to walk around here.”

“Maybe they will get a trail put in on the old railroad track one day,” I say.

“Boy, I hope not. Then I wouldn’t have any excuse for not walking.”

It was a cloudy, early morning. I listened to the sounds of snowy tree crickets finishing their nightly concert. Nathaniel Hawthorne described their calls as audible stillness and declared, “If moonlight could be heard, it would sound just like that.”

Dew forms when a cool, clear night follows a warm, clear day. Folklore says, “When dew is on the grass, rain will never come to pass.” Dew on the grass usually means that the sky is clear. Clear skies welcome a sunny day without rain.

There was little dew, but I looked for webs resembling tiny trampolines on the lawn. After a dew, lawn and groundcovers are magically covered with shiny webs. It’s not the work of the web fairy, but the funnel weaver spider, also known as grass spider or funnel-web weaver, a brownish or grayish spider as long as an inch with hairy legs and body. Unlike many spider webs, this one doesn’t have a sticky surface. The spider relies on vibrations to indicate trespassing and rushes from its hiding place to capture prey. It’s a beneficial spider that helps control insect pests. Its webbed mosaics are lovely.

Arlene Hobbiebrunken of Albert Lea asked why a cardinal fights with a window. The window acts as a mirror. Cardinals are territorial and instinctively attack any other cardinal in its breeding territory. The cardinal makes an enemy of its own image.

“Where are the birds?” In the dog days of summer, birds seem to disappear. The dawn chorus wanes, but the birds are still there. They keep low profiles, because molting begins when breeding ends. Molt is the systematic replacement of feathers. All birds molt because feathers wear out. During a molt, birds are vulnerable, so they vocalize infrequently and hide in vegetation. Some birds have begun migrating and others are moving to winter territories. A feeder might be overwhelmed with birds one week and empty the next. Predators such as hawks or cats can deter birds from bird feeders.

Lona Falenczykowski of Mankato sent photos of fuzzy things on oak leaves and asked for identification. Woolly oak galls are found primarily on white oaks. They are reddish, whitish or a combination. Despite their appearance, the growths aren’t a disease, but abnormal plant tissue caused by the feeding of the larvae of tiny non-stinging insects called cynipid wasps. These common galls have little or no impact on tree health, especially on vigorous, mature oaks. Gall numbers vary annually.

“How much land do honey bees need?” Conventional wisdom suggests that a colony of honey bees needs one acre of blossoming flowers, trees and shrubs. The amount varies with the habitat and quality. How big is an acre? It’s a football field minus the end zones. Studies have shown that honey bees readily fly 2 miles and will travel as far as 6 miles to visit a nectar source.

“Why do birds take dust baths?” A dust bath removes dirt and parasites (mites and lice) from feathers. It’s like us rubbing our hands with sand to remove grime.

“I saw an orangish-yellow house finch. Is that rare?” Male house finches generally have red in their feathers. The amount of red the male has can vary depending on the amount of carotenoid pigments he eats during his molt. This could result in red, orange and yellow colors. Carotenoids are found in foods that are deep green, yellow, orange or red. Feather coloration is an important to females choosing mates because brighter finches usually have better foraging ability, better health, more testosterone and fewer parasites.

“How could I discourage groundhogs?” Fences around gardens should be made of heavy-grade chicken wire at least 3 feet high and 12 inches below ground. Try hot pepper spray, dried blood, talcum powder, predator urine or a commercial repellent. These things need to be reapplied after a rain or heavy dew. A friend had good luck using lavender oil to repel rabbits. Maybe it works on groundhogs. Fill burrow entrances and block any access to those holes. Live-trap woodchucks while abiding by the law. Fresh carrots, apples or lettuce work as bait. Check the traps at least once a day and release animals within 24 hours of capture. If all else fails, hire a badger.

“Like music and art, love of nature is a common language that can transcend political or social boundaries.” — Jimmy Carter