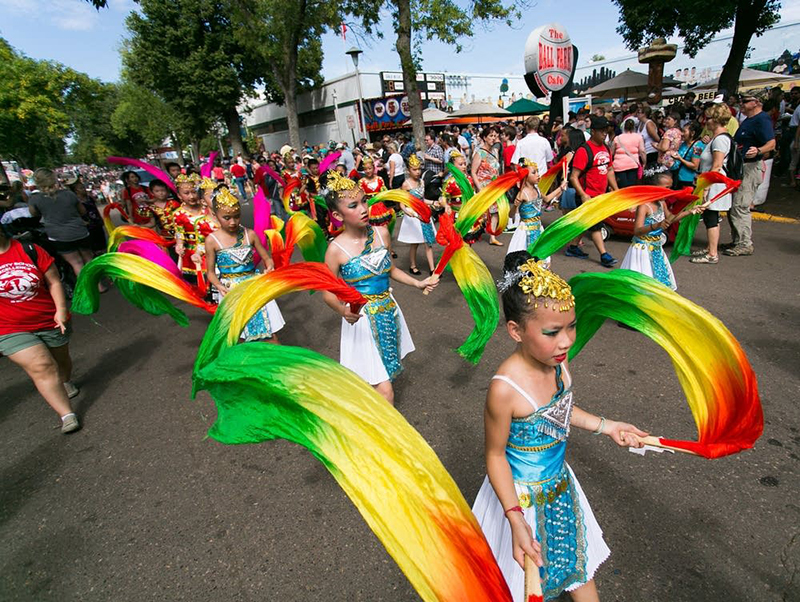 Dancers walk in the State Fair parade during Hmong Day at the fair in 2015. - Photo courtesy of Cam Xiong

On Labor Day again this year, Hmong-Americans will take to the stage in Carousel Park for Hmong Minnesota Day at the Minnesota State Fair.

The schedule offers a kaleidoscope of events, from honoring military veterans and registering voters in the morning to Hmong dancers and rappers in the afternoon.

Lang Vang, one of the stage managers, plans to bring his wife and five kids. Last year, they couldn’t get enough.

“The excitement on their faces, and experiencing new things, they just love it,” he said. “They’re just so excited throughout the whole day.”

That may sound like a typical day at the fair. But for Vang, it’s about starting a new tradition for Hmong immigrants and refugees unaccustomed to seeing themselves onstage.

Hmong Minnesota Day was begun by community organizers Tou Ger Bennett Xiong and Liz Xiong. They wanted to celebrate four decades of Hmong achievements in Minnesota. This year’s theme is looking at the next 40 years.

The day isn’t only about bringing Hmong families together. It’s also about educating people from other parts of the state. Jerry Hammer, general manager of the fair, said the first Hmong Minnesota Day contributed to record attendance on Labor Day.

“I don’t know of any event that had as many people as Hmong Day at the fair,” he said. “It was extraordinary.”

Last year, he saw Hmong elders dancing with their grandkids, Hmong families laughing and talking to diverse groups of fairgoers, and people taking selfies both on and off stage to document the occasion.

“And what it showed is what the fair really does best,” he said, “which is bring people together. It doesn’t matter where you’re from.”

That first Hmong Minnesota Day exceeded both the organizers’ and the fair’s expectations. Hammer said the State Fair is a canvas for all Minnesotans to use.

“The different groups, whoever they are, they bring the paint. You create the painting,” he said. “If you want to learn how to do it, go to Hmong-American Day, watch and learn.”