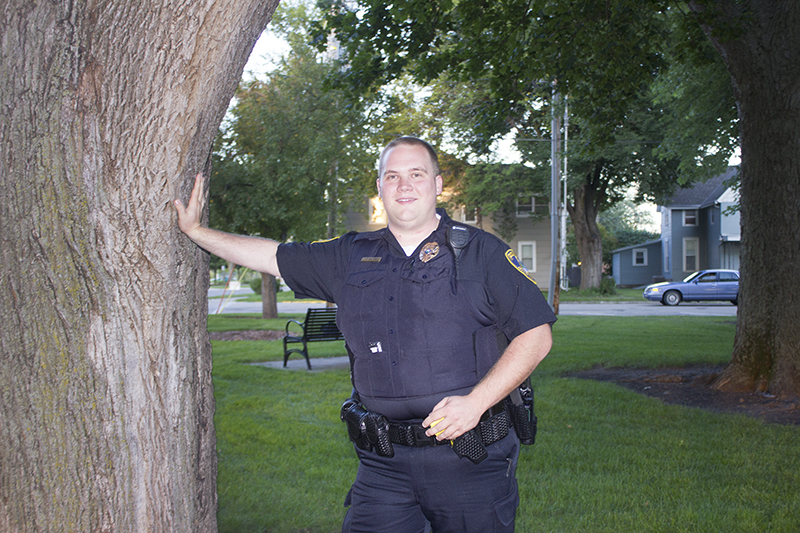 A new officer at the Albert Lea Police Department has a passion for helping people, forged through his extensive experience as a first responder.

Tyler Wilson, 24, started as an officer in Albert Lea on June 6.

Wilson, an Austin native, said working in law enforcement is something he has always wanted to do, noting he was in the Austin Police Explorer program in high school.

“That’s always been my dream job,” he said.

Wilson said he enjoys caring for people and ensuring the community is welcoming, and said he is thankful he is an officer in Albert Lea.

“It’s a really good community we have here in Albert Lea, and I am really glad that I ended up here,” he said.

Wilson enjoys that each day as an officer is different, he said, and enjoys not having to sit behind a desk every day.

“Changing a day for the better, that’s important,” he said.

Wilson, who graduated from Riverland Community College with a law enforcement degree, has experience working in emergency medical services in the Twin Cities and in Dodge Center.

Though some police departments on a national level face distrust with community members, Wilson said he does not notice a lack of trust between officers and community members in Albert Lea.

“I have never had any inkling we are not supported,” he said.

He recalled a time when an anonymous person paid for his and his fellow officers’ lunch at Taco King.

Wilson said he senses pride amongst Albert Lea officers about the community they serve.

“You can really tell with the officers here in town that they care about Albert Lea,” he said, noting he wants each person who comes in contact with him to understand the department’s mission.

“At the base of everything, we are there to help,” Wilson said. “We are there to solve a problem, because we are problem solvers. That is what our job is.”

Interesting fact: Wilson received his pilot’s license when he was 17 years old