Celebrating 150 years: Concordia Lutheran Church is in its 3rd building since 1866 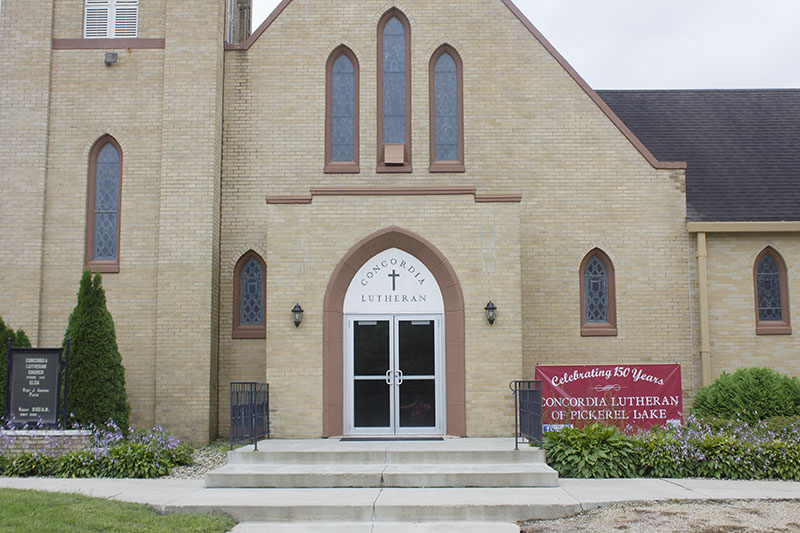 A local church will celebrate its 150th anniversary later this month.

The church west of Albert Lea has about 270 members, with about 80 attending weekly services during the school year.

Anderson credited the church’s long life to its members.

“The family connection and the commitment of the members, that’s what has made it survive for 150 years is their willingness to be here, to be present for worship,” Anderson said.

The church is in its third building since 1866. The current building at 69471 190th St. includes symbols of historic church figures. 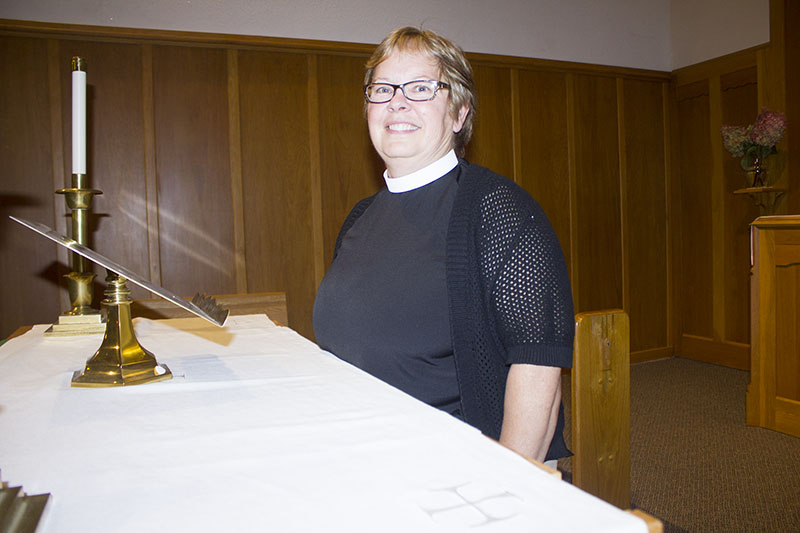 Concordia Lutheran of Pickerel Lake Pastor Wendy Anderson hopes to build on the community the church has established in its 150 years of operation. — Sam Wilmes/Albert Lea Tribune

She recalled when the church was filled the Sunday after a tornado tore through the area in 2010 and destroyed the homes of seven parishioners.

“They are proud of their church and they’re excited to be God’s people in this place,” Anderson said.

Parishioner Lynn Krueger said the church has welcomed her since she married into the church more than 25 years ago.

“The minute I stepped in, the people who were here welcomed me 26 years ago,” Krueger said.

Parishioner Julie Reindal (Pestorious) said she remembers her great-grandparents and grandparents attending the church when she was a child, noting she feels a sense of pride about the church.

“It just feels like home when I come to church here,” said Reindal, who noted the importance of faith in her life.

“I couldn’t live without faith,” she said.

Concordia Lutheran Church was started in 1866 by German immigrants. After originally meeting in different homes, the church moved to a location across the street from its current site. The church — described as being like an old schoolhouse by church members — was converted into a conformation school when the church moved to its current site. The original building was moved to Twin Lakes, and the current church, built in 1950, is on that site.

The current building has been renovated since. In 2000, an elevator was built and handicap-accessible bathrooms were added. Church bricks have been tuckpointed, the roof has been cleaned and sealed and the trim and the inside of the building have been painted.

Anderson said the church’s faith tradition and welcoming environment for all ages continue to make it a good place to worship for everyone.

“It is a place steeped in faith,” Anderson said. “It is a place that is a vibrant place for children. It’s not huge, but it’s solid.”

A special worship service is planned for 10 a.m. Sept 18., and a dinner that is sold out is at 11:30 a.m. A short program will feature choir singing, and historical information will be presented.