The legislation, passed in the 2015 Minnesota legislative session, triggered a lawsuit by State Auditor Rebecca Otto, a DFLer, against three counties — Becker, Wright and Ramsey. 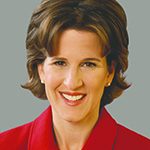 The legislation gave each of the 59 counties in Minnesota that are audited by the state auditor — including Freeborn County — the option to opt out and enlist a private certified public accountant agency to conduct the audit after the 2016 audit is completed in 2017.

The court ruled the legislation does not deprive the office “of its core function of auditing counties.”

Marek wrote that though the statute allows “counties to initially decide who performs the audit, the OSA retains supervision and ultimate authority over all such audits.”

Otto requested the court rule that counties may not opt out of the office’s audits, and claimed the counties posed a direct challenge to her constitutional authority as state auditor by not signing the three-year contract. She said their interpretations of the statute would reduce the office’s ability to oversee the use of taxpayer dollars.

In a statement following the district court’s ruling, Otto said she planned to appeal the court’s decision.

She said she appreciated “the district court’s timely and serious attention to the complex and difficult legal questions raised by this case.”

“In the decision, the court granted our motion in part and denied it in part,” Otto said. “As we requested, the court recognized the core constitutional function of the Office of the State Auditor to audit counties. The court also held that the Office of the State Auditor may ‘continue to exercise its constitutional authority to audit counties to pay for such audits.’ We are reviewing the opinion and analyzing our options.

“Unfortunately, the district court also permitted counties to hire private CPA firms at their discretion to conduct an “initial audit.” We respectfully disagree with this aspect of the district court’s decision. It will result in an unacceptable diminishment of the protection this constitutional office provides on behalf of the taxpayers of this state.”

The Freeborn County Board of Commissioners approved sending a letter to the Auditor’s Office requesting a release from the state audit July 5.

“The board’s in support of that; I personally think we should be able to do that,” Kluever said, noting Freeborn County officials have remained consistent in their opinion of the legislation since its inception.

“All through that, Freeborn County’s been in support of that and welcomes having the option to look at private auditing firms,” he said.

Chairwoman of the House State Government Finance Committee, District 44A Rep. Sarah Anderson, R-Plymouth, who spearheaded the law change, said she was pleased with the ruling.

“I’m glad to see this law upheld as constitutional, and know it will mean meaningful savings for counties and property taxpayers throughout Minnesota,” Anderson said. “Judge Marek’s ruling makes clear: This issue settled, the law is constitutional and we can put the confusion and and hassle caused by Rebecca Otto’s unnecessary lawsuit behind us.”

Anderson claimed Otto wasted more than $220,000 on a frivolous endeavor.

“I call on her to get back to doing her job, accept the court’s ruling and apologize to counties and taxpayers for so flagrantly wasting hard-earned tax dollars,” she said.