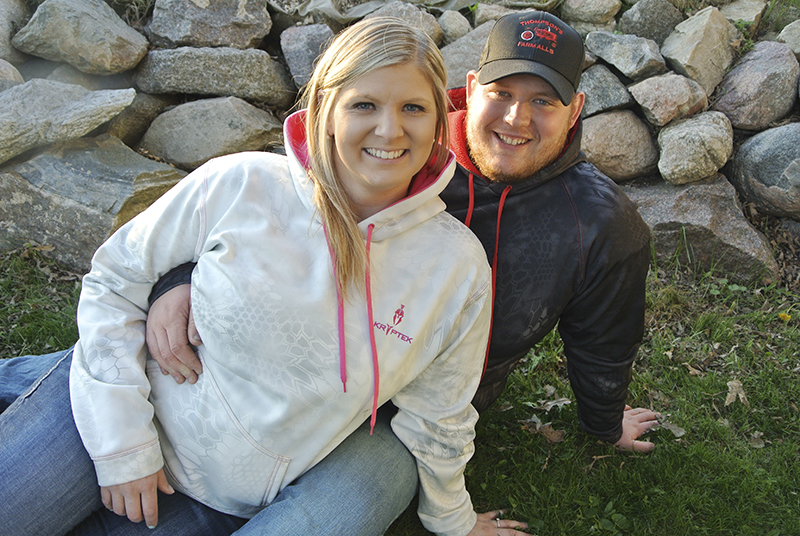 Nadean Krueger and Trenton Thoms, both of Glenville, announce their engagement.

The bride is the daughter of Mike and Lavonne Krueger of Alden and the granddaughter of Nordean and Dorothy Krueger and Kathy Schoon and the late Ben Schoon, all of Albert Lea.

She is a 2009 graduate of Alden-Conger High School and a 2014 graduate of Waldorf College, where she majored in business administration. She is employed at Vern Eide Chevrolet.

The groom is the son of Todd and Monty Thoms of Glenville and the grandson of Marvin and Mary Ann Thompson of Glenville, Lynn and Judy Koehler of Fairmont and the late Tracy Thoms.

He is a 2012 graduate of Glenville-Emmons High School and a 2015 graduate of North Iowa Area Community College, where he majored in ag sales and service. He is employed at Northern County Coop.