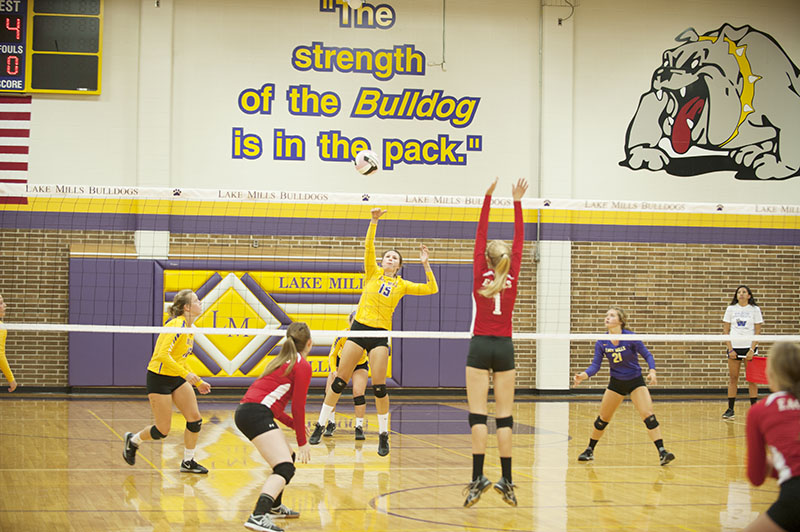 Lake Mills player Mallory Wilhelm goes up for a kill attempt against West Hancock in a match earlier this fall. She led the Bulldogs will four kills in the championship match against Algona Saturday. Jarrod Peterson/Albert Lea Tribune

The Lake Mills Bulldogs volleyball tem headed to Algona to play in a tournament Saturday.

The Bulldogs had to win six matches to win the tournament but got the job done, as they didn’t lose a set the entire day.

The Bulldogs won each match by a score of 2-0.

The most points Lake Mills gave up in a set was 18 to Spirit Lake, but it allowed less than 15 points in 10 of the 12 sets played Saturday.

Mallory Wilhelm led the Bulldogs with four kills, and Hailey Borgmeyer and Ashley Groe each had three kills.

Dana Baumann had a team-high 11 digs and Robyn Bowman had 12 assists.

The Bulldogs are now a perfect 9-0 on the season.