Mayer Lutheran proves to be too much for NRHEG 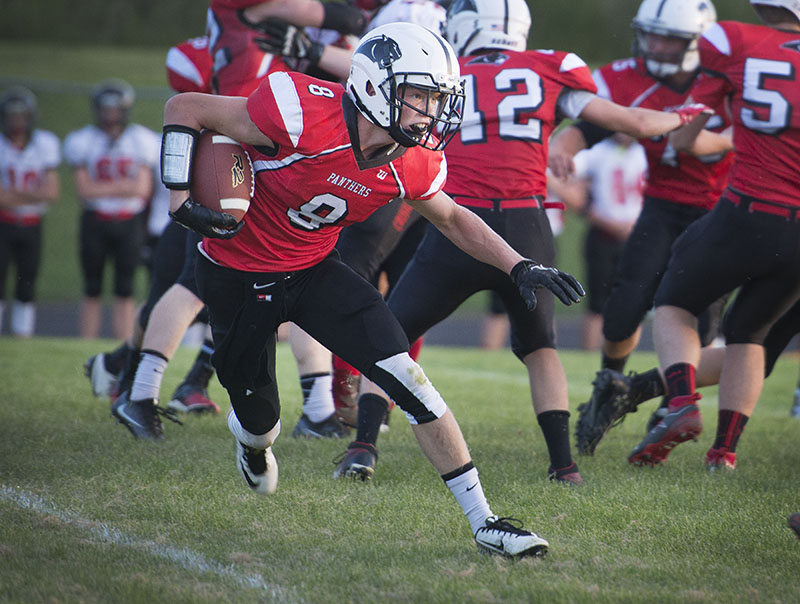 NEW RICHLAND — The NRHEG Panthers’ season started out rough with a double-digit loss to the Mayer Lutheran Crusaders Friday night at NRHEG.

“We turned the ball over early which put us down early,” said NRHEG coach Dan Stork. “We ran six total plays in the first quarter and only had one first down in the first half.”

Stork attributed some of his team’s struggles to lack of experience after losing several key starters to graduation since last season.

“Mayer Lutheran was very physical. Our youth and lack of depth showed tonight,” Stork said. “We only got them into third and long one time. They had too many long drives that just wore us down.”

The Panthers struggled from the start, not scoring until the fourth quarter on a 65-yard pass from quarterback Sam Prigge to Perry Peterson, as well as a 16-yard pass from Jake Stork to Cole Staloch. The efforts wouldn’t be enough, though, as Mayer Lutheran finished on top 36-13.

“Offensively we really struggled getting anything going,” Stork said.

Next, NRHEG will go on the road to play Lester Prairie at 7 p.m. Friday.