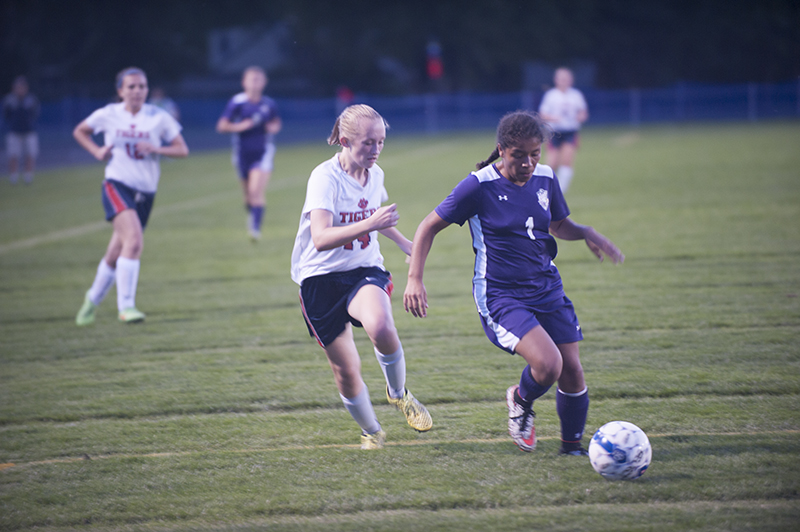 Rachel Rehnelt and the Albert Lea girls’ soccer team has found some offense the past two matches.

The Tigrs have scored nine goals, including three in Tuesday’s 3-1 win over the Red Wing Wingers, a game in which Rehnelt scored all three goals and recorded her second hat-trick in as many games in as many days.

“Our defense really came to play, and that helps get our offense going,” Rehnelt said. “We’re a really young team, but you wouldn’t think that if you didn’t look at our roster. Our eighth-graders and freshmen are huge contributors.”

Rehnelt scored the first goal a little more than 15 minutes into the game, but Red Wing quickly tied it up with a goal from Matea Simonson.

Both teams would head to halftime tied.

But Rehnelt pushed across two more goals five minutes apart in the second half and the Tigers got some solid goalkeeping from Kathryn Flaherty to hold off the Wingers. 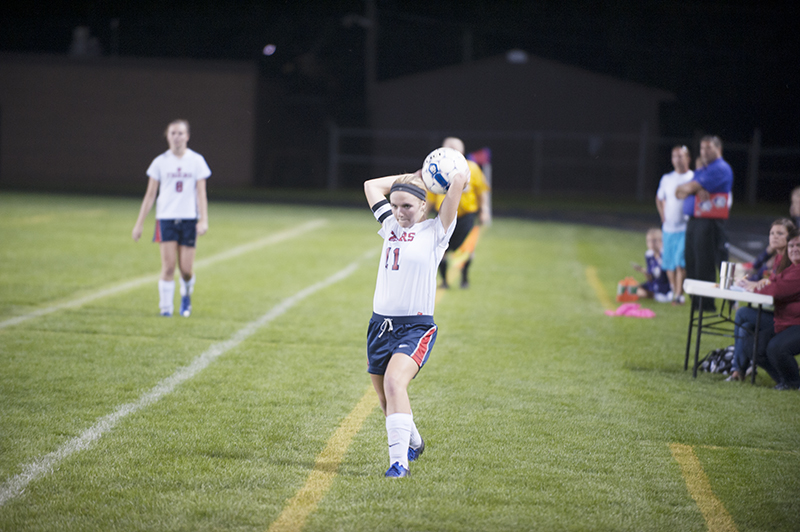 Albert Lea’s Callie Hanson throws the ball in during the second half of Tuesday’s game against Red Wing. The Tigers used two second-half goals to win 3-1 and notch their second victory in a row.

“(Kathryn) always does an amazing job,” Rehnelt said. “We can always count on her and we know she will give it her all every day.”

As for Rehnelt’s scoring spree, she said she is just taking advantage of her teammates great play as of late.

“My teammates have been a big factor with my scoring opportunities,” Rehnelt said. “A perfect shot comes from a perfect pass, and the assist is just as important as the goal. I have also gotten into more of an attacking mindset.”