“Having a business background, I will make sure our tax money is spent properly,” Swanson said. “We need to look at all programs and make sure they are getting us the results; if not, they should be discontinued.” 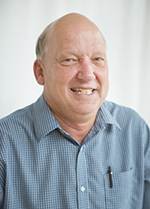 Swanson said though state taxes make the region uncompetitive with Iowa businesses, there are steps the city of Albert Lea can take to make the city more attractive for development.

“Minnesota business and industry located in border communities cannot compete with the current tax environment,” Swanson said. “Because of this, Albert Lea must grow from within. Austin, Rochester and Owatonna all have grown from businesses they already have. It’s important that we do everything we can to make our businesses grow.”

The Port Authority and city should offer grants and tax abatement to attract business, Swanson said, and he said he supports entities being offered grants, tax abatement and no permit fees to help improve the city’s business climate.

The city needs to grow through a can-do mentality, Swanson said, noting his belief that the city should hire someone who is responsible to help current businesses with issues, keeping them growing and helping other businesses be in Albert Lea.

According to Swanson, Albert Lea should continue city events, such as Wind Down Wednesday, farmers’ markets, band nights and dances to continue to make the downtown district vital. Swanson said if elected, he would be open to criticism.

“It’s part of a healthy democracy to have all citizens heard,” he said. “If you have a constant critic it may be a sign that they feel they are not being heard. I would make sure I have an open process for city issues and I would personally work with those individuals to resolve those issues.”

Swanson suggested opening up pre-agenda meetings to more input, and suggested strong communication between the city of Albert Lea and Albert Lea Business Development Center with accountability and results.

“Don’t keep doing the same thing over and over if you have no results,” he said.

“The Watershed District and city need to work closer together, not just telling each other what they are doing for projects, but actually working together on projects that benefit both the city and the Watershed District,” he said. “Only through cooperation can we make sure the money is spent responsibly.”

Swanson is the truck shop manager at Trail’s Travel Center. He and his wife, Brenda, have an adult son and daughter and three grandchildren who all reside in Albert Lea.