Al Batt: How can I stop woodpeckers from hammering on house siding? 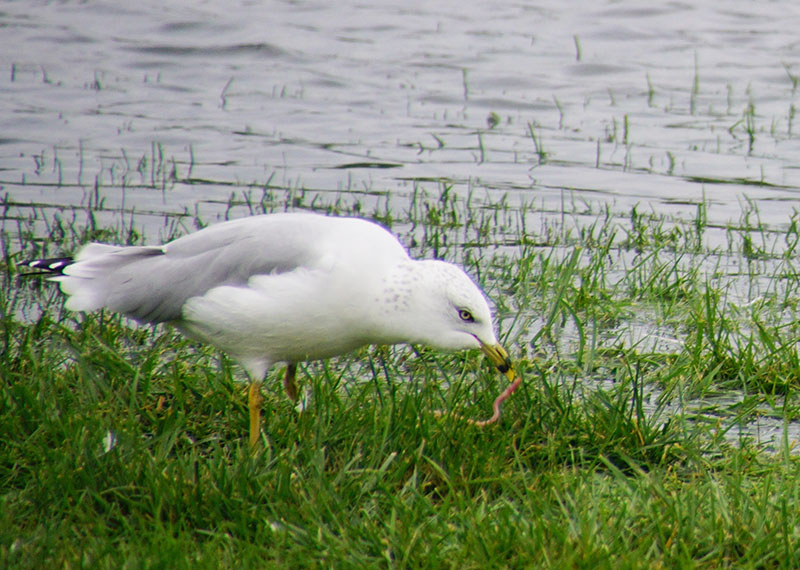 “Everything is nearly copacetic. This is one of my best days since the day I told that mime to shut up. I was just talking to Pop. He’s been married for 66 years, but he says it isn’t as long as it sounds because he spent 22 of those years sleeping. Still Bill sleeps eight hours a day and at least that long at night. He claims to be allergic to alarm clocks. He isn’t burned out. He’s never had his fire lit. How many Still Bills does it take to screw in a light bulb? One to tell you to do it yourself. I remember when Still Bill and I decided we were going to take up running. We did so even though runners always look so unhappy. I discovered why. It went OK for a while. My brain kept telling me to keep going. That it was just one step at a time. It was mind over matter. Then it happened.”

“My body began talking back to my brain. It told my brain to stop talking nonsense. There are days when I think about running again. My mind quickly changes the subject to the Minnesota Vikings.”

A blue jay did a wonderful imitation of a broad-winged hawk’s call. I’ve heard jays do convincing renditions of red-tailed hawks, red-shouldered hawks and Cooper’s hawks. I watched a visiting sharp-shinned hawk chase a flicker and a starling. The hawk was a male, smaller than a female. This raptor was the size of a blue jay, compared to a red tailed hawk, which is the size of a football. No harm that I could see in either pursuit. I’m sure a few feathers were ruffled.

Giant ragweeds grew tall. Ragweeds cause fall allergies. Ragweed is in the genus Ambrosia, meaning food of the gods, which was believed to confer immortality.

Floods had hit. I watched gulls feeding upon earthworms in water covering a grassy area. I thought of a kids’ song. “Nobody likes me. Everybody hates me. Guess I’ll go eat worms. Long, thin, slimy ones. Short, fat, juicy ones. Itsy, bitsy, fuzzy wuzzy worms. Down goes the first one. Down goes the second one.  Oh, how they wiggle and squirm.”

“How can I stop woodpeckers from hammering on my siding?” Any holes a bird has made should be repaired and painted immediately to avoid inviting more. There are methods to discourage the birds. Sometimes they work. Usually they don’t. Some people recommend applying sticky repellents like Tanglefoot to damaged areas. Not a good idea. These products could get on a bird’s plumage, impairing its ability to fly and stay warm. They could darken and stain wooden siding and cause dirt to adhere to the surface. Aluminum foil strips, aluminum pie plates or reflective tape hung from damaged areas may scare away woodpeckers. The strips should be long enough to hang freely and blow in the wind. Windsocks hung from house corners serve the same purpose and may be less intrusive. Handheld windmills could be attached along damaged areas. The motion of the revolving vanes may discourage woodpeckers. Plastic owls hung from the eaves of a house will frighten woodpeckers for a few days. Birds become acclimated to the same visual stimulus in the same place every day. Plastic owls don’t work. Balloons featuring eyes and bouncing on springs have movement, making it less likely that the birds adjust to them. An electronic distress call system is a recording of woodpecker distress calls followed by the calls of predators such as sharp-shinned hawks broadcast through a speakers at various intervals. My experience is that birds become accustomed to these sounds. A movement detector that makes noise when it senses movement can be attached to damaged areas. To prevent damage under eaves, lightweight nylon or plastic netting could be attached from the overhanging eaves to the siding. To keep birds from reaching through the net, leave at least three inches between the net and the siding. Use aluminum flashing to cover existing holes or to line the corner or fascia boards of the house. It could be painted to match the siding. Placing a suet feeder in your yard may draw woodpeckers away from your house. Keep the feeder supplied in the fall, winter and spring when natural food is scarce. Gayle Harig of Emmons used rubber snakes to discourage nesting swallows. Maybe they’d work for woodpeckers, too. Gummy bears don’t work. Woodpeckers not only search for food, they excavate nests or roosts. If a nest isn’t established, plug existing holes with wood putty. If the nest has eggs or young, the holes could be sealed after the nestlings have fledged. Individual woodpeckers respond differently. I wish I had a better answer.

“Everything worthwhile is uphill, but many people have uphill hopes, but downhill habits.” — John Maxwell