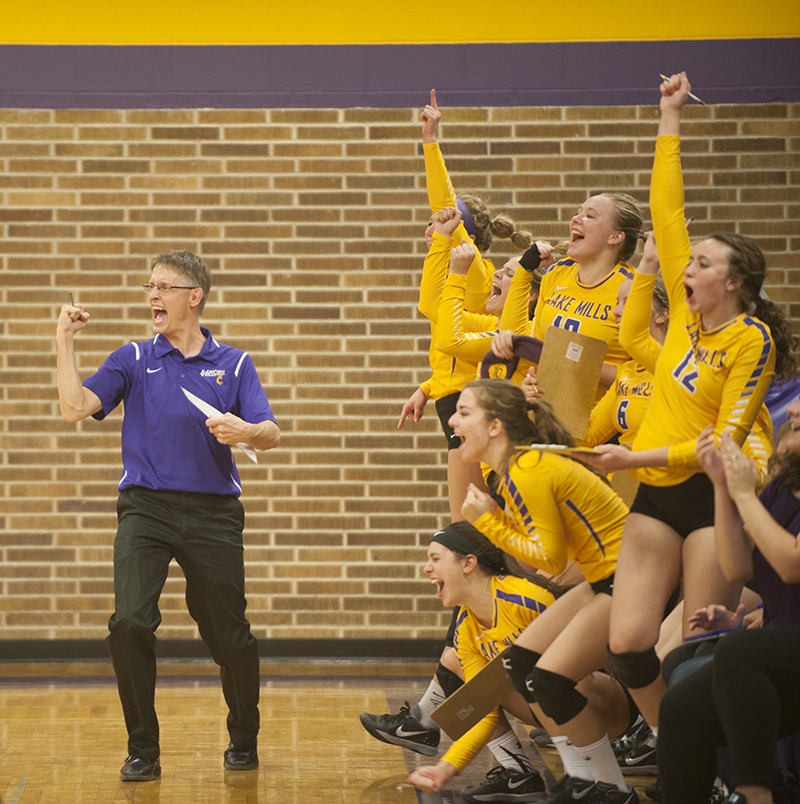 After finishing the regular season with a record of 39-0, the Lake Mills volleyball team began its quest to a state title when it hosted the St. Ansgar Saints Monday night in the second round of playoffs.

The Bulldogs had very little trouble with the Saints, as they have with nearly every team all season, sweeping them in three sets.

“I was pleased with how we played tonight,” said Bulldogs coach Jim Boehmer.

In front of a packed house, the Bulldogs started fast in the first set and jumped out to a 9-3 lead that forced the Saints to call a timeout.

The timeout didn’t do too much good, as the Bulldogs continued to build on their lead. They used a 9-4 run to force the Saints to call their second timeout of the set.

Still, it made no difference.

The Bulldogs walked away with a 25-8 win.

“For us, it was good to start fast, and I felt we did that,” Boehmer said. “We built an early lead and controlled the first set. Our girls were prepared and followed the gameplan.”

It took the Bulldogs a little while, but they finally took control midway through the second set, and ended up winning 25-13.

The third set was more of the same, with the Bulldogs winning 25-16.

The victory moves the Bulldogs to 40-0 on the season. It is the sixth time in school history the Bulldogs have reached that mark.

“We aren’t overlooking anyone,” Boehmer said. “(South Winneshiek) is a solid team and have some good wins this season.”