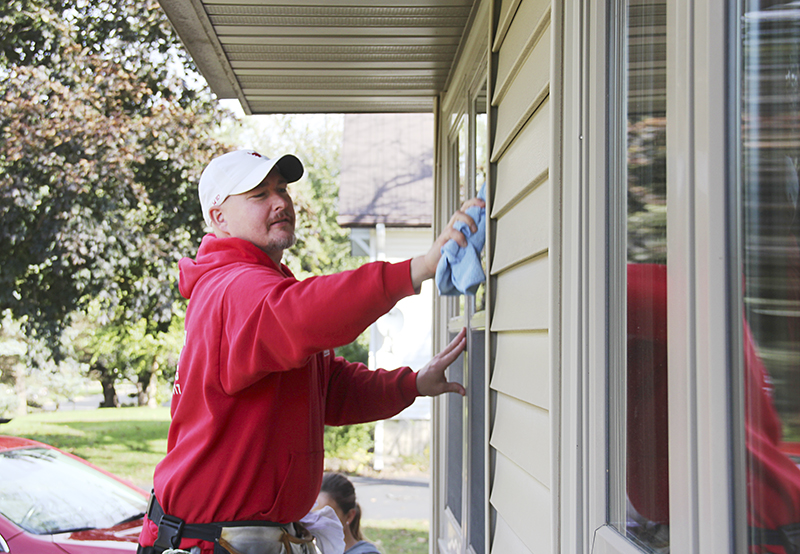 Scott Kidd, an Iraq war veteran and son-in-law of Gary Edstrom of Glenville, cleans a window of the home of Roger and Lois Bailey on Saturday on Center Avenue in Glenville. Glenville American Legion Auxiliary members cleaned the inside of the windows in the Baileys' home, while Kidd cleaned the outsides. The group also cleaned the windows of another veteran in the city. Sarah Stultz/Albert Lea Tribune

The Glenville American Legion Auxiliary and other residents offered service Saturday to two veterans for their dedication to the community and nation.

About a half dozen Auxiliary members met first at the home of Roger and Lois Bailey on Center Avenue. They cleaned the inside of the windows in the home, and afterward, Scott Kidd, son-in-law of Gary Edstrom of Glenville, cleaned the outside. They then did the same thing a few blocks away at the home of Gordon and Hazel Martinson.

“We like to help our community,” said Lana Stanley, president of the Glenville Auxiliary.

Roger Bailey is a World War II veteran who served in the South Pacific from 1945 to 1946. He and his wife, Lois, have been married for 68 years.

They have been strong promoters of the Legion, as well as First Lutheran Church in Glenville and the school district, said Sandy Fredrickson with the Auxiliary. 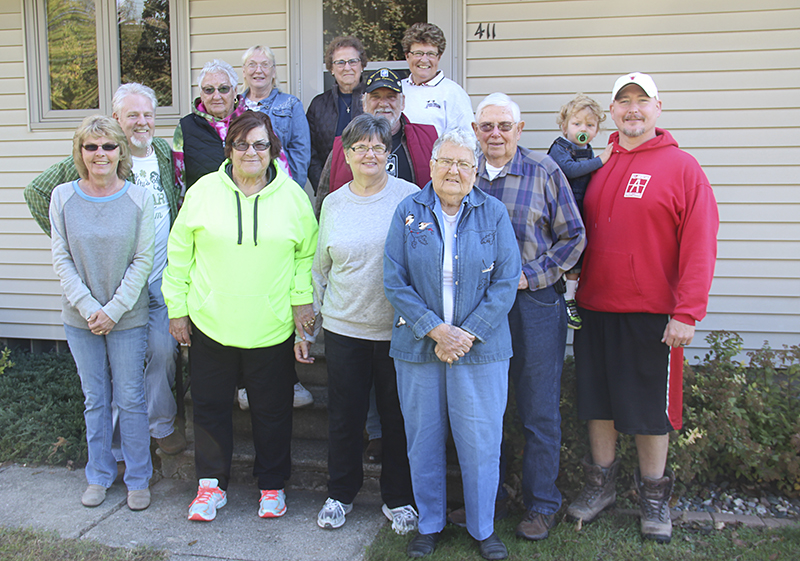 Lois Bailey said they have been in fairly good health for most of their lives until recently.

“This has been such a blessing for us,” she said. “We can’t say enough thank yous.”

Fredrickson said she talked with Edstrom, a Vietnam veteran, about asking Kidd to help with the effort because he owns a window-washing business called All-American Window Cleaning in Minneapolis.

Kidd, an Iraq War veteran, said he was pleased to do his part to help the Glenville veterans.

“Anytime I can do anything for a fellow veteran, it really makes a difference,” he said.

Fredrickson and Stanley said they hope they can spread the word about the Auxiliary and what it does in the community in an effort to reach out to the younger generation.