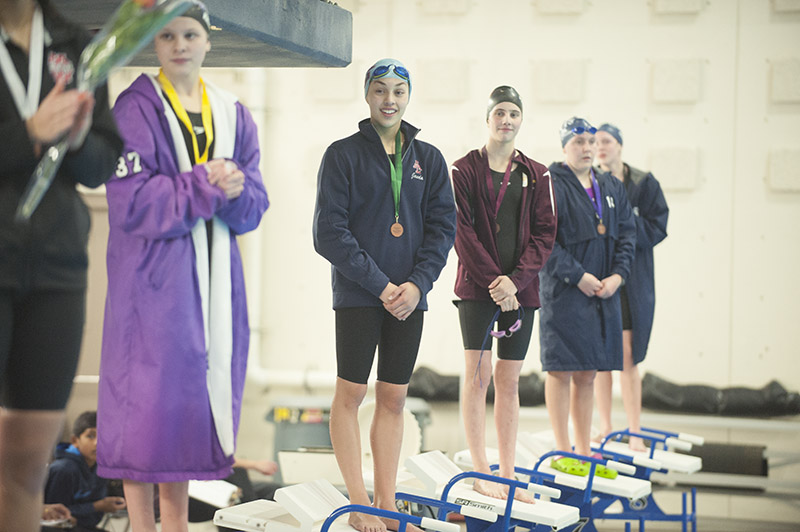 Albert Lea’s Jaeda Koziolek stands on the starting block after finishing in fifth place in the championship round of the 200-yard individual medley. She would later place second in the 100-yard backstroke and that was good enough to qualify her for the state meet. - Jarrod Peterson/Albert Lea Tribune

ROCHESTER — It was a busy and entertaining night for the Albert Lea Tigers girls’ swimming and diving team Friday night in Rochester.

The Tigers had two individuals and a relay team advance from Wednesday’s preliminaries, and Friday was the big finale to see who would be moving onto the state meet.

Taylor claimed two spots in two events for the state meet — the 50-yard freestyle and 100 breaststroke — and Koziolek will move on in the 100 backstroke. 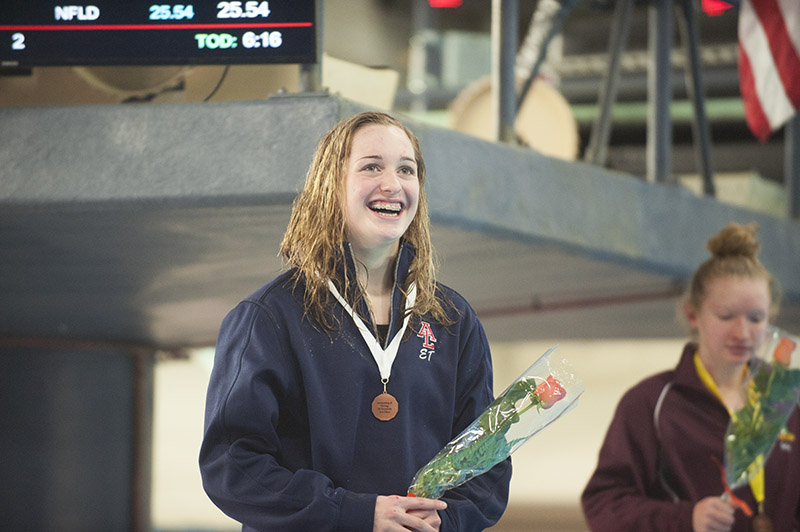 Albert Lea sophomore Emily Taylor was all smiles after earning a spot in the state meet in the 50-yard freestyle. She came in third place and qualified with a time of 24.87. She also qualified in the 100 breaststroke. – Jarrod Peterson/Albert Lea Tribune

Normally, the top two from each event advance to the state meet, but it was different this time in the 50 freestyle. Four swimmers all came in under the qualifying time of 25.06 seconds.

Like Taylor, Koziolek swam in two events Friday, as well. 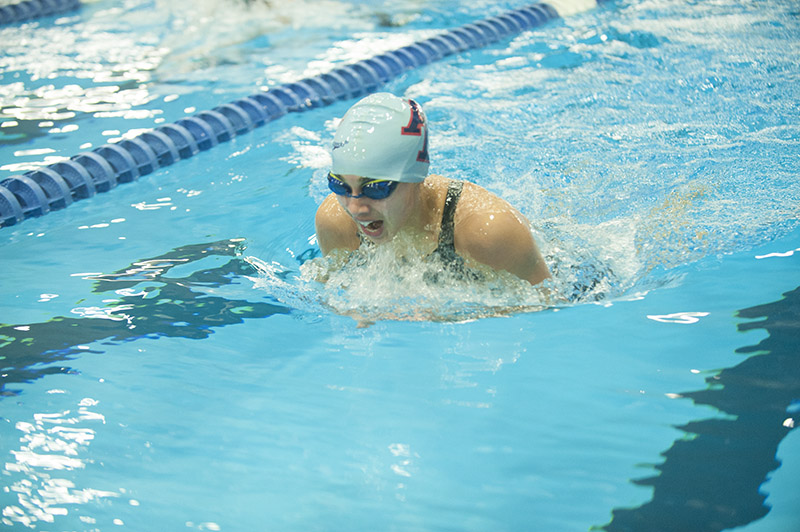 However, she would rebound in a big way later in the meet.

Koziolek found an extra gear in the 100 backstroke, claiming a second-place finish with a time of 1:01.35, beating the qualifying time by .5 seconds.

Mankato West’s Rachel Phinney won the event with a time of 59.58. 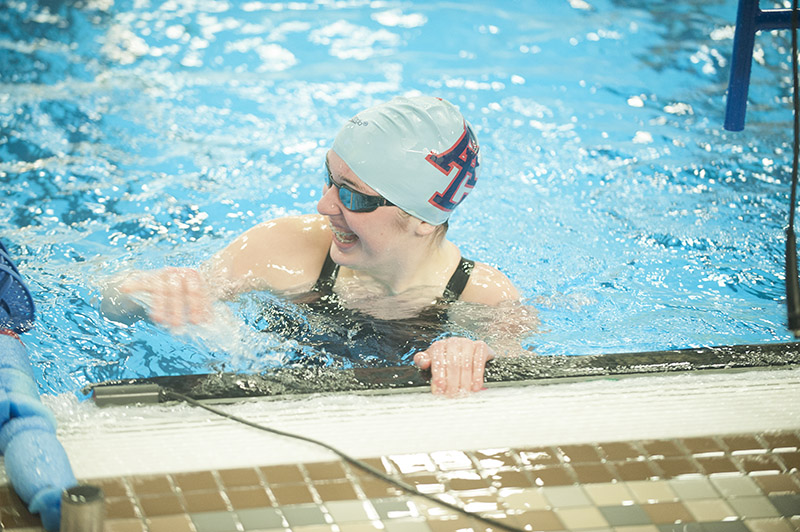 Albert Lea’s Emily Taylor reacts with a smile after looking up at the time board and seeing she is headed to the state meet in the 50-yard freestyle event. – Jarrod Peterson/Albert Lea Tribune

The Tigers’ relay team of Lydia Boorsma, Natalie Nafzger, Koziolek and Taylor just missed qualifying for the state meet in the 200 medley relay. The foursome finished with a time of 1:56.50, just two seconds behind the qualifying time.

Albert Lea had won the event the past two years and set the meet record in 2014.

Alana Skarstad, Lexie Simon, Emma Grossman and Jill Peterson  finished in eighth place in the championship round, clocking in with a time of 1:51.48.

The state meet will start Wednesday and run through Friday.