Celebrating the journey to the Christ child 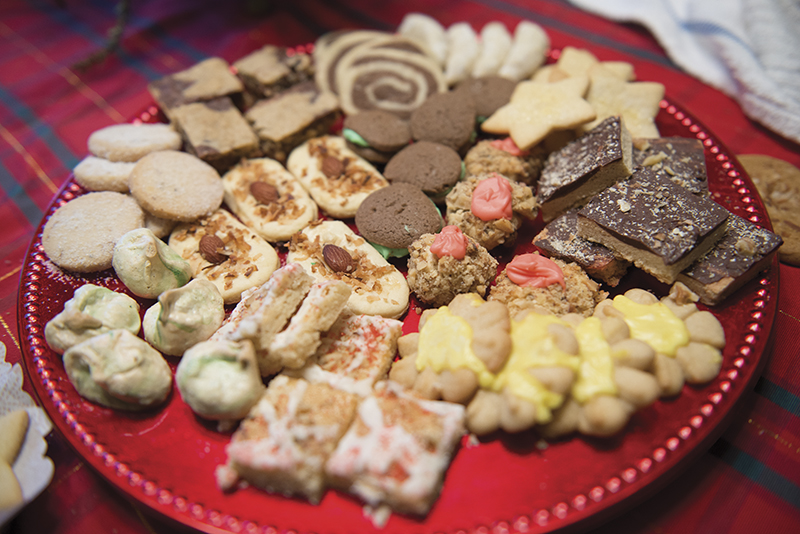 jan Jerdee of Albert Lea makes different cookies commemorating the Christmas journey to put into packages and on plates to give to family and friends for the holidays each year. - Colleen Harrison/Albert Lea Tribune

With Christmas season soon upon us, baked cookies will again be provided to signify the season. For one Albert Lea woman, baking provides her the opportunity to give and to be reminded of her childhood and faith.

Jan Jerdee, 75, cooks four to five dozen cookies for each day of the symbolic 12-day trip shepherds and wise men took to find the baby Jesus.

The journey is celebrated in Christianity as beginning on Christmas and ending on the Epiphany — Jan. 6.

A cookie signifying the first day has yellow sprinkles to signal a bright star, which had been a prophecy to shepherds and wise men as a sign that led them to their savior.

A cookie symbolizing the ninth day has a meringue puff for shepherds who were told by an angel that they were on the right track. An oval-shaped cookie with toasted coconut and an almond in the middle symbolizes Christ in the manger. 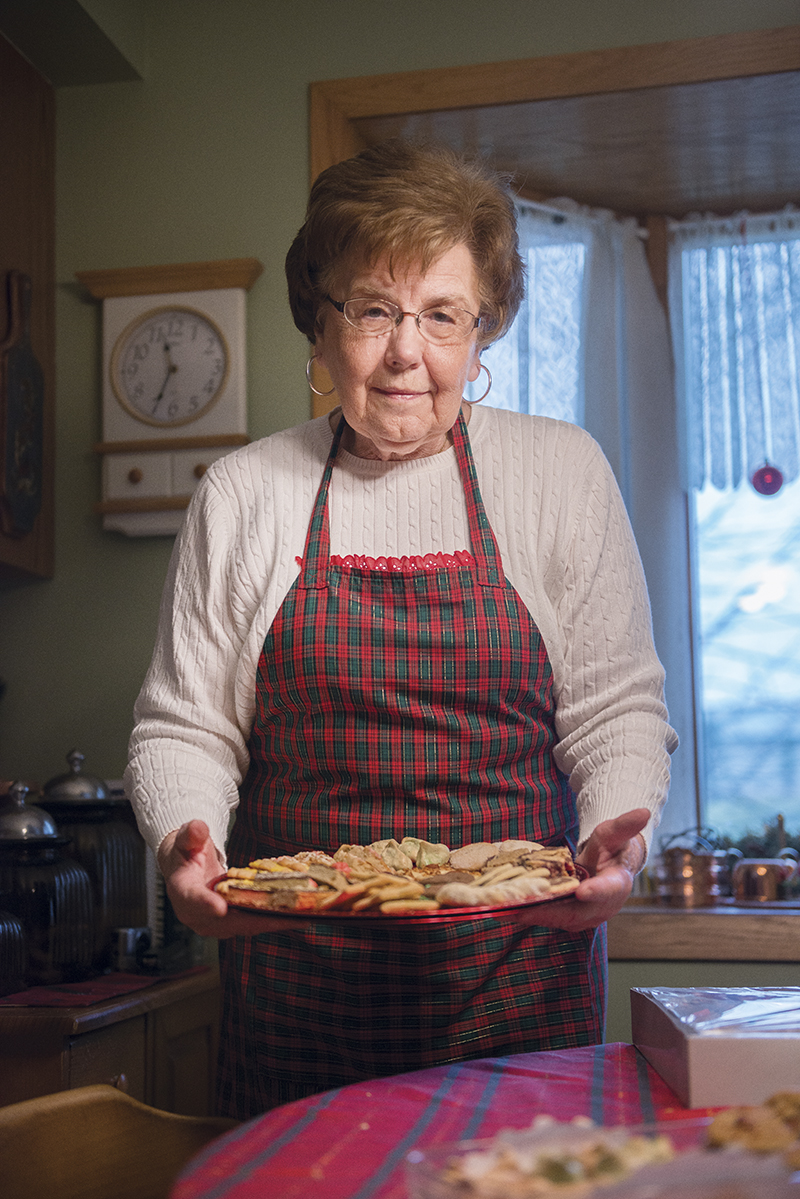 Mint, almonds, peppermint, pecans and other materials are used in the cookies.

Jerdee uses recipes and traditions from childhood in baking the cookies. She remembers Christmas break starting two days before Christmas and ending after the Epiphany.

“Stories were told and passed down, because that is what we had to do,” she said. “We are missing some of that now.”

She starts baking the cookies after Thanksgiving and delivers them prior to Christmas.

“They seem to appreciate them,” she said. “I enjoy giving them in person.”

Jerdee and her husband, Lowell, have three daughters: Susan, Carol and Karen — who was born on Epiphany.

She remembered her children assisting her in baking the cookies when they were growing up, and humorously remembered leaving almonds in an unhidden spot only to find they were eaten by her husband.

“I hide my almonds in strange places so they don’t get eaten,” she said.

To Jerdee, baking the cookies is only a symbol of the role faith plays in her life.

She hopes to continue baking the cookies for as long as she can, but has confidence that the tradition will continue after she is done baking.

“My older girls have the recipes and can carry it on for their families at some point,” she said.

Jerdee hopes to eventually publish a book on the wise men’s journey with information on the meaning of each cookie. 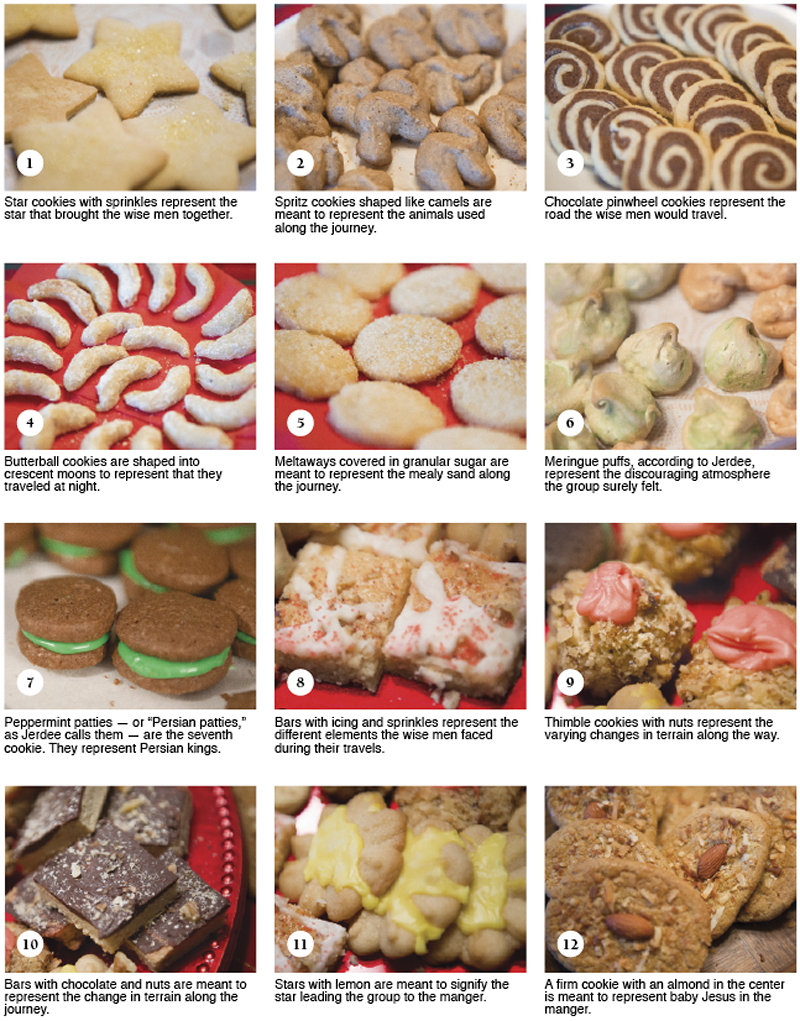