Memorial services for David Hale Reynolds will be at 10 a.m. Saturday at Bayview/Freeborn Funeral Home. The Rev. Cherie Daniel will officiate. Visitation will be from 5 to 7 p.m. Friday at Bayview/Freeborn Funeral Home and one hour prior to the service. Military honors will be accorded by local servicemen’s organizations, Veterans of Foreign Wars and American Legion. Interment will be at Alden Cemetery. Online condolences are welcome at www.bayviewfuneral.com. 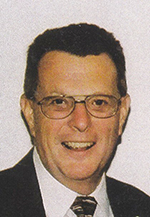 David Hale Reynolds was born Sept. 8, 1943, in Minneapolis, the son of Howard Hale and Marjory (Tinker) Reynolds. Dave grew up in Deephaven, attended Groveland Elementary School, Deephaven Junior High and graduated from Minnetonka High School. After graduation, Dave served his country in the United States Navy. He was stationed at USS Wood County during the Cuban Missile Crisis.

On Oct. 1, 1966, he was united in marriage to Cheryl Allyson Frantum in Alden. Dave was a self-employed truck driver. He was a member of the Wells Rifle-Pistol Club, Owatonna Gun Club, NRA and ATA. Dave had an interest for history and geography. He enjoyed showing in dog obedience, showing horses in Western Pleasure, photography, travel, boating, trap shooting and working on models. Dave also liked to watch westerns and submarine movies, build frames out of barn wood and text with his granddaughter, Hannah.